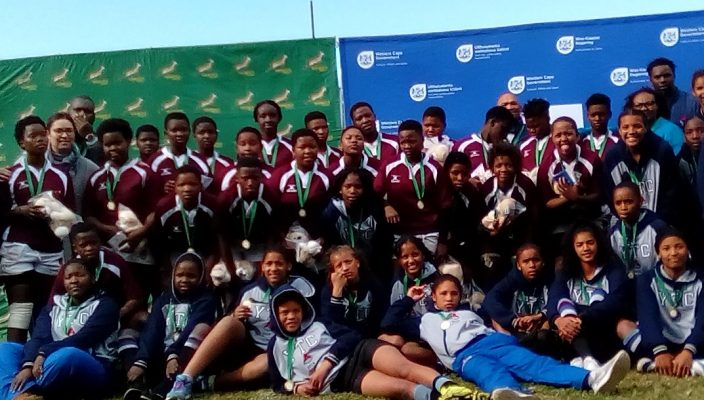 The Border Under-18 and Western Province U16 girls’ teams successfully defended their Women’s Youth Training Centre (YTC) Festival titles at Florida Park in Ravensmead, Cape Town, on Saturday, as the top junior women showcased their talent in the annual Women’s Month celebration.

The tournament started on Friday, with the Border U18 team kicking off their campaign with a comprehensive 39-5 victory against KwaZulu-Natal, which they built on the following day to defeat Western Province 5-0 in an epic clash. This was enough to book their place in the final against Eastern Province, who beat Griquas and SWD in their pool matches.

Border proved too strong for their Eastern Cape counterparts in the final as they delivered a solid performance on attack and defence to secure a 25-10 victory.

In the U16 category, Western Province delivered a strong showing in their opening match against the KwaZulu-Natal for a 28-5 victory, while it came down to a coin toss against Border to book their place in the final, as the teams finished the tightly-fought match level at 0-0.

The Capetonians went up against Eastern Province – who overcame SWD and the Blue Bulls in the round-robin phase – in the final, and they succeeded in delivering another dominant showing for a 22-12 victory to emerge victorious for the second year in a row.