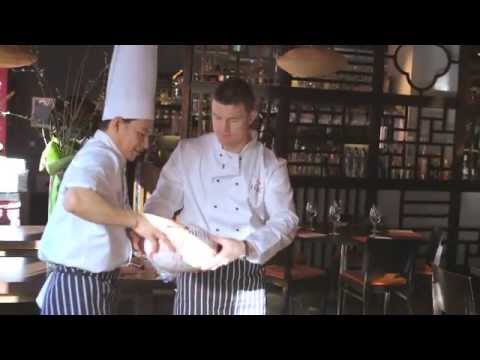 In the build-up to the 2013 British & Irish Lions Tour to Australia, Irish rugby legend and HSBC ambassador Brian O’Driscoll spent the day with Principal Partner HSBC at Saba restaurant in central Dublin learning all about Asian cooking. Brian is a keen cook himself so when we put him to the test up against Thai chef Yo, Brian pulled out all the stops and showed us his culinary skills.

For the first time ever the Lions will be playing a game in Hong Kong on their way to Australia so this was perfect preparation for the delights of Asian cooking the squad will experience on their way out to battle the Wallabies. The squad will be looking to return home victorious from a Tour for the first time since 1997 and have not been to Australia since 2001, Brian’s debut Lions Tour.