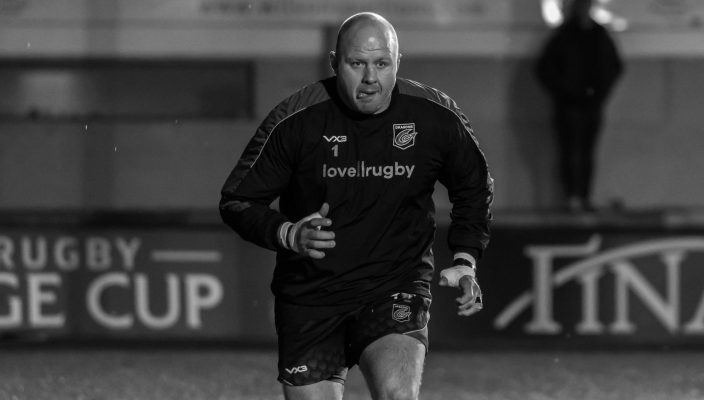 Brok Harris signs on for sixth season at Dragons

Front row ace Brok Harris has pledged his future to Dragons after agreeing a new contract at the region.

The experienced and popular prop becomes the tenth player this summer to put pen to paper on a new deal to remain at Rodney Parade.

Harris, 34,moved to Dragons in 2014 and has clocked up over a century of appearances since his regional debut against Harlequins.

The South African – who qualified for Wales through residency in 2017 – previously played for Super Rugby side the Stormers and represented Western Province in the Currie Cup.

“I’m happy to get the contract sorted and out of the way, to concentrate on rugby now,” said Brok Harris.

“I’m very excited to be back in training in the team environment for a sixth season with the Dragons having had a few weeks away from rugby.

“There is a lot of talent at the Dragons and I’m excited to be part of the squad and to contribute in leading this team on the road to victory.

“I believe that we’ll be able to turn this ship around and give the Rodney faithful something to cheer about.”

Harris, who can operate on both sides of the scrum, made his 100th appearance for the region last season when he lined up against Clermont Auvergne in the European Challenge Cup.

Forwards Coach Ceri Jones said: “Brok has been a fantastic servant for Dragons over the last five seasons and become a vital component in our pack.

“He continues to perform at the very highest level and have a huge impact, both on and off the field, with his leadership and vast experience.

“It is a real boost that Brok has signed new terms and we look forward to seeing him in action again next season.”