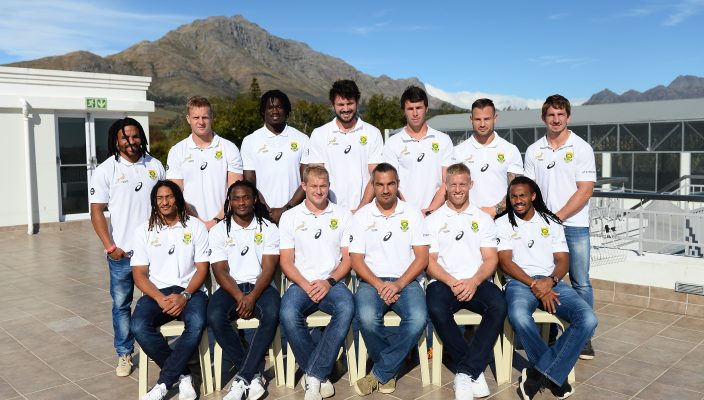 After 66 tournaments around the world, Kyle Brown knows a thing or two about winning tournaments on the HSBC World Rugby Sevens Series – be it in the USA, Europe or Australia, but most of all, he’s also had that winning feeling in South Africa.

And not only in Cape Town, where the second leg of the HSBC World Rugby Sevens Series kicks off on Saturday, but also in Port Elizabeth and George, where the Blitzboks won exactly ten years ago.

Brown was part of that team and will be keen to add another Cape Town title to his career stats, something that could become a reality if you ask the fans, Brown explained.

“Since the days in George, we have had fantastic support playing at home,” said Brown.

“That spilled over to Port Elizabeth and now in Cape Town, it is just amazing. The amount of support we get is just wonderful and humbling. People have been so faithful in supporting the South African leg of the World Series and that is great.

“Everyone love this tournament and the other teams often tell us how they enjoy playing here. The crowds are great and this is one of the best settings you will find.”

Brown recalled the moment two years ago when he snapped his ACL playing against New Zealand, and said that he was totally overwhelmed by the support from the crowd.

“We ran onto the field, the flames were going and it felt like everyone in the crowd were waving a South African flag – more than 50,000 of them,” said Brown.

“That moment – feeling that everyone is behind you – was one of my very best feelings in the ten years I played on the World Series. Our spectators are so great.”

Brown had some advice for Impi Visser, Ryan Oosthuizen, Zain Davids, Dewald Human and Muller du Plessis, all of whom will be playing in Cape Town for the first time.

“You can’t allow that massive expectation drag you down and drain you, rather use the amazing support you will as extra motivation,” said Brown.

Human said he can’t wait to play in the Cape Town Stadium for the first time.

“It will be such an amazing time for us,” said Human.

“It is a massive honour to play at home and to now be able to play in the special jersey to honour the late Madiba makes it even more special. I cannot wait for the tournament to start. I cannot wait to run out and represent my country in front of my friends and family and in front of our fans.”

Human said the experienced players have been great in helping the younger members of the squad stay calm, and to ensure they appreciate and enjoy the moment. He believes the Blitzboks will be a competitive outfit this weekend.

“We need to finish our chances this weekend. Our attack has been good, but we did not finish last weekend in Dubai and we focussed on that this week,” said Human.

The opening match on Saturday kicks off at 10h15. The Blitzboks face Samoa at 12h27.

The Springbok Sevens squad for the HSBC Cape Town Sevens:

The Pools for the HSBC Cape Town Sevens are: