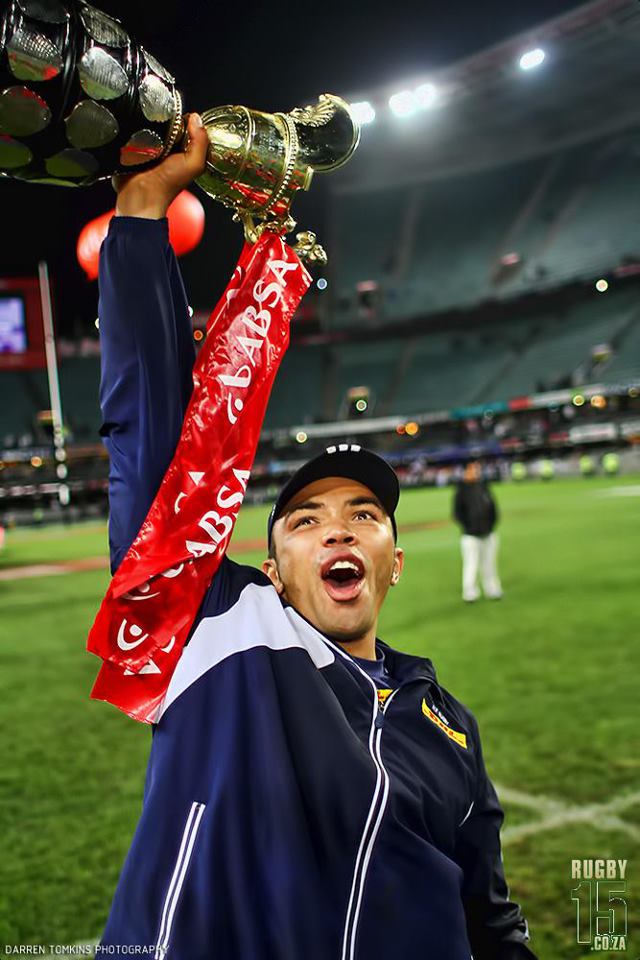 Springbok winger Bryan Habana was on Thursday named South African Rugby Player of the Year for the third time, while DHL Western Province picked up a brace of awards as their Absa Currie Cup and Vodacom Cup success was recognised at a glittering ceremony at the Cape Town International Airport. The Sharks also scored off the field, with three awards heading to Durban.

Habana (29) was rewarded for his striking form as he helped the DHL Stormers to the top of the log in Vodacom Super Rugby and the semi-finals of that competition, while extending his record try scoring streak with the Springboks to 47. Habana was in superb form in the Green and Gold this year and scored seven tries in 2012, including a hat-trick against Australia at Loftus Versfeld in The Rugby Championship, resulting in him being the top try scorer in the inaugural season of the competition.

He also took the field in the Absa Currie Cup final in DHL Western Province colours and won the coveted trophy with this team for the first time, after tasting glory with the Vodacom Blue Bulls in 2009.

Unfortunately a knee injury sustained in the match rules him out of the Castle Outgoing Tour to Ireland, Scotland and England. The most capped winger in Springbok history will be missed.

The speed merchant’s third award comes after similar accolades in 2005 and 2007. He becomes only the second player to win the title more than two times, following in the footsteps of Naas Botha, who won it four times.

He was voted as Player of the Year by South Africa’s accredited rugby media and the public, who voted via the Springboks Facebook page (www.facebook.com/Springboks) in competition with fellow nominees Keegan Daniel, Eben Etzebeth, Pat Lambie and JP Pietersen.

Habana’s award was the finale of a star-studded night during which 16 awards were won for rugby excellence across all age groups and competitions in 16 categories.

DHL Western Province had three more winners on the night with Demetri Catrakilis and Deon Fourie being named Vodacom Cup and Absa Currie Cup Players of the Season and Eben Etzebeth walking away with the Young Player of the Year award.

The Sharks also scored a treble on the night with their Absa Currie Cup team being named Absa Team of the Year and their head coach John Plumtree, walking away with the Absa Coach of the Year award. Sharks captain Keegan Daniel was voted as Vodacom Super Rugby Player of the Year by the six franchise coaches.

Junior Bok midfielder Jan Serfontein, who was named Player of the Tournament after the IRB’s Junior World Cup in South Africa in June, was almost a shoe-in for the SA Under-20 Player of the Year award, while Griffons utility back Hansie Graaff grabbed the spoils of Absa Currie Cup First Division Player of the Year.

Cecil Afrika got the award for Springbok Sevens Player of the Year for the second year running in a new voting process which saw media and the public each contributing 50% of the vote.

The SARPA Players’ Player of the Year Award went to Springbok winger JP Pietersen, while Bryan Habana’s try against New Zealand in Dunedin was voted Supersport Try of the Year by the channel’s viewers.

Mr Oregan Hoskins, President of SARU, congratulated the winners and applauded the achievements of local teams in 2012.

“We saw our Junior Boks win the IRB Junior World Championship on home soil, beating New Zealand for the title at Newlands, we had the DHL Stormers top the log of the Vodacom Super Rugby competition, which also had the Vodacom Blue Bulls and The Sharks in the top six and then saw the latter reaching the final of the competition despite a very tough travelling schedule.

The winners and finalists (where applicable) in all the categories are:

SARU Rugby Player of the Year

Absa Young Player of the Year

Absa Team of the Year

Absa Coach of the Year

Vodacom Cup Player of the Year

SARPA Players’ Player of the Year: JP Pietersen (The Sharks)

Supersport Try of the Year