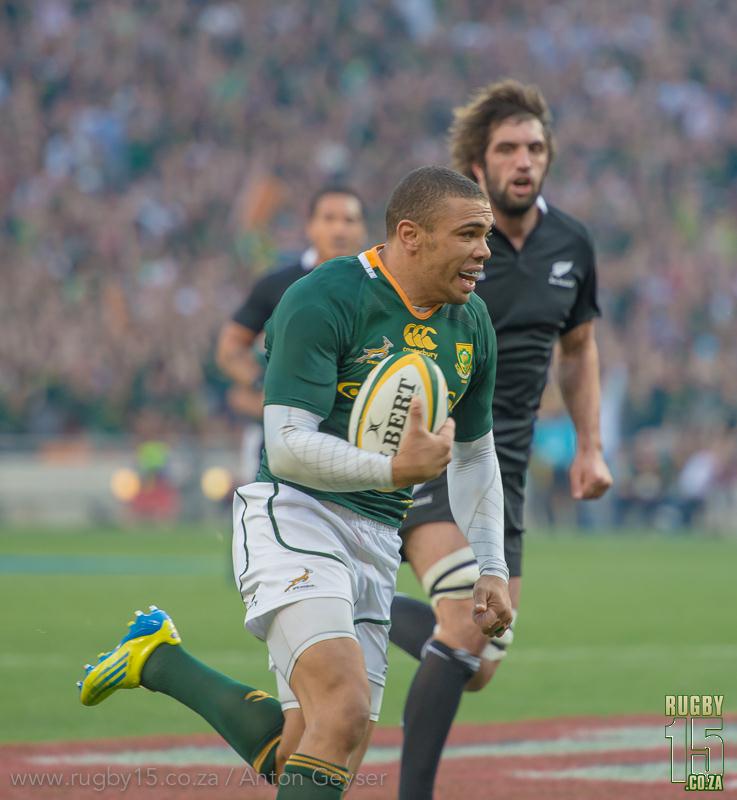 Springbok wing Bryan Habana is quickly becoming one of the greats of the game. Photo by Anton Geyser /Rugby15.

Bryan Habana’s spectacular score against New Zealand in the inaugural Castle Rugby Championship was named as the International Rugby Players’ Association’s (IRPA) Try of the Year 2012.

Habana became the second Springbok to win the award after Jaque Fourie earned the honour in 2009 for his try in the second Test against the British & Irish Lions at Loftus Versfeld.

Habana’s Dunedin score was also named as South Africa’s try of the year to add to his winning of the title of SARU’s player of the year for 2012. Habana took his total of Springbok tries to 47 in 2012, before a knee injury cut short his season before the end of year tour.

Consideration was also given to votes cast by rugby fans from all around the world via the IRB’s interactive platforms.

Habana, the IRB Player of the Year in 2007, stunned the All Blacks when he burst onto a pass from flanker Francois Louw at full speed, chipped ahead and gathered to score a try that briefly handed the Springboks the lead seven minutes into the second half of the contest in Dunedin. New Zealand went on to win 21-11.

“Scoring a try against the All Blacks is always special, but scoring against them in New Zealand, is even more special,” said Habana.

“I really enjoyed getting across the try-line in Dunedin – contributing to the success of the team and also lifting the spirits of my teammates.”

“Winning this Award is very special and hopefully I can continue scoring tries for the Springboks for a very long time.”