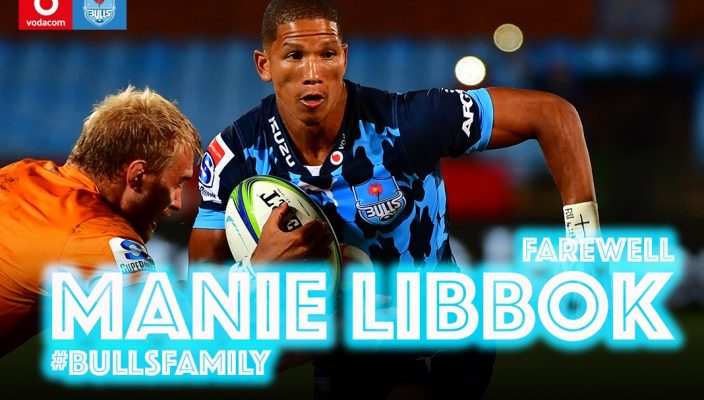 The Vodacom Bulls confirm that flyhalf Manie Libbok has decided to continue his career in Durban with the Cell C Sharks after five years of dedicated service to the #BullsFamily.

Libbok, who can also play at fullback and has dabbled on the wing and centre, certainly made his mark at Loftus Versfeld with his never-say-die attitude and his energetic nature. The 22-year-old former Junior Springbok and SA Schools star represented the franchise at every level before stamping his authority in Vodacom Super Rugby.

“Libbok is a great young player, and will grow into something very special. We respect his decisions and wish him well with the next steps in his career,” said Director of Rugby, Jake White.

The #BullsFamily wish Libbok all the best with his future endeavours and thank him for the memories made and loyal service to the Vodacom Bulls.