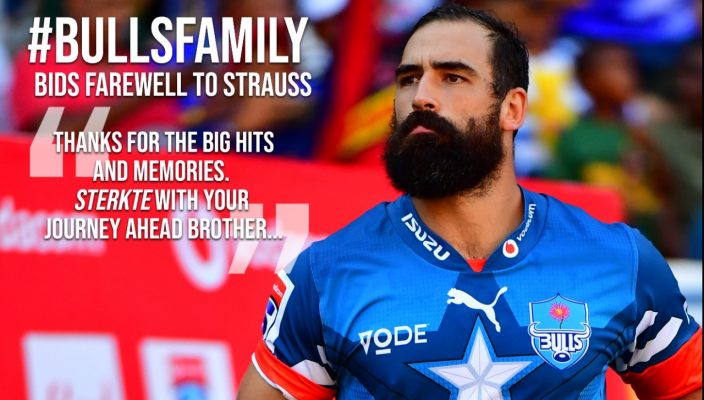 The Blue Bulls Company would like to confirm that it has reached a mutual settlement with flank Josh Strauss regarding his departure from Loftus.

The Scottish international joined the Vodacom Bulls in 2019 and featured strongly in the 2020 Vodacom Super Rugby competition before it was halted due to Covid-19.

Contrary to media reports, there has been an open line of communication between BBCo Director of Rugby Jake White, and Strauss’ management agency over the last few months.

Strauss was open and honest in informing the Vodacom Bulls that he would be looking at other offers from overseas clubs, due to the financial strain after salary cuts across the board in South African Rugby.

He also strongly emphasized that the travel and distance between him and his family in Cape Town was starting to take its toll, and that he was looking forward to spending more quality time with them.

White thanked Strauss for his commitment and wished him well, “Josh is a great guy and I truly respect his decision to put his family first. It’s a tough situation to be in, working and living far away from your kids and not seeing them as often as you like. We fully understand his situation and would like to sincerely thank him for his commitment and efforts while at the Bulls, and wish him everything of the best with his path ahead.”