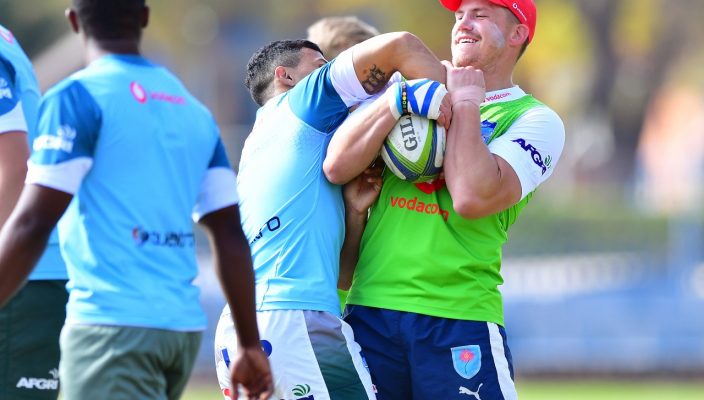 The #BullsFamily today officially bid a fond farewell to Johnny Kotze, who quickly became a crowd favorite, working tirelessly to entrench himself into the hearts of the Loftus faithful.

Kotze, whose preferred position is at outside center and is also very comfortable on the wings, was one of the more consistent starters over the last few years. He displayed an amazing overall work rate, with seven line breaks in this year’s Vodacom Super Rugby season thus far (6 games). The hard running center also boasted an amazing tackle rate of 84%, with a 70% gain-line success rate. He started his career at Western Province, before moving up to Loftus in 2017, also having served a brief off-season stint with the Ospreys at the end of 2018.

Alfons Meyer, CEO of the Blue Bulls Company expressed his gratitude for Kotze’s loyal service, “Johnny is the epitome of a team-man, and was willing to do whatever was needed for the team. I’d like to sincerely thank him for being part of this #BullsFamily, and for committing the last few years to us. We wish him all the best with his future endeavors, and have no doubt that he will make a massive impact at his new club The Shimizu Blue Sharks in Japan.”

Kotze thanked the Vodacom Bulls for the journey thus far, “You always hear people describe life as a journey. It is at a time like this that one realizes just how true that statement is. I’ve truly enjoyed my time at the Bulls, and have met some amazing people here… people that I would hope to call friends for the rest of my life. Thank you to everybody at the #BullsFamily that has contributed to my career thus far and made my stay at Loftus one that I will never forget.”

Kotze, as always, finished with a smile and friendly little chirp, “I look forward to catching up with my Bulls mates in years to come, and reminiscing about our good old rugby days… I may even teach them how to make sushi then.”