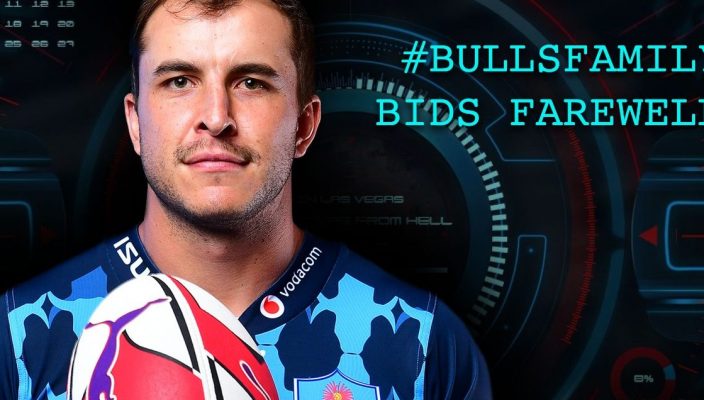 The Blue Bulls Company today confirmed that center Burger Odendaal will be departing the #BullsFamily. The 27-year-old, who also captained the Vodacom Bulls earlier this year, will be making his way across the Jukskei to neighboring franchise, the Emirates Lions.

Odendaal started his professional career at Loftus in 2012 making his debut in the Vodacom Cup a little before turning 20. He is also one of the few current players to have surpassed the 50-cap mark in both Vodacom Super Rugby and Currie Cup.

Jake White, Director of Rugby at the BBCo, thanked Odendaal for his contributions and wished him well, “Burger has poured a lot of himself into the #BullsFamily over many years, and for that we are eternally grateful. He is a great guy that has had an impact on many players at Loftus, and I have no doubt that he will do really well at the Lions. We sincerely wish him all of the best with his career going forward.”

Odendaal humbly bid farewell to players and fans, “It is with a heavy heart that I bid farewell to the #BullsFamily. It was an honor to call Loftus home for the last nine years and I want to thank each and every one who had an influence or part to play in my journey. I will cherish the good memories and hope that I have made lifelong friendships. All the best, stay safe.”