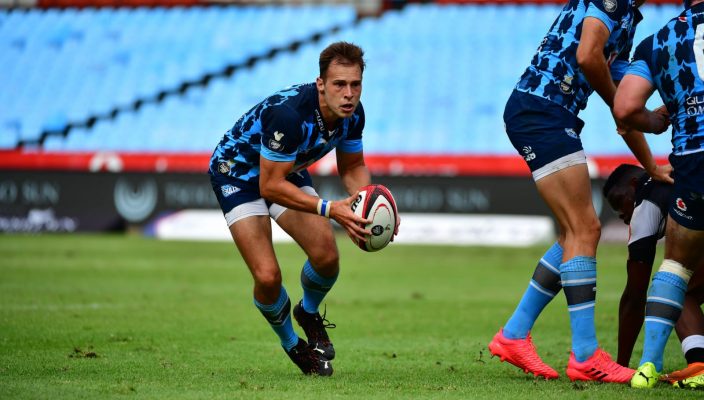 Van Zyl joined the Vodacom Bulls in 2014, directly after finishing school across the road at Afrikaanse Hoër Seunskool.

The 25-year-old former Junior Springbok made his first class debut during the 2015 Vodacom Cup campaign and followed this up with his debut in the Carling Currie Cup later that year and his Vodacom Super Rugby debut the following year.

Van Zyl established himself as a sturdy scrumhalf, unafraid of roughing it up with the forwards and providing a crisp pass that serviced his backline effectively.

In 2018, his hard work and relentless pursuit of perfection earned him a Springbok call-up where he made his debut against Wales in Washington DC and has subsequently amassed six caps in the green and gold.

“Ivan has led our backline alongside the veteran Morné Steyn, extremely well and his keen sense of the game has served our game plan perfectly. His direct approach, speed and strength will be a massive boost for Saracens and we know that he will be an asset to them and wish him well,” said Vodacom Bulls Director of Rugby, Jake White.

Van Zyl expressed his gratitude to the #BullsFamily: “I’ve always wanted to play for this team having grown up in Pretoria and watching the likes of Fourie du Preez and company. I must thank all involved at Loftus Versfeld for backing me and allowing me to chase my dreams. It’s not goodbye but rather until we see each other again and I wish all my fellow Vodacom Bulls players the best of luck.”