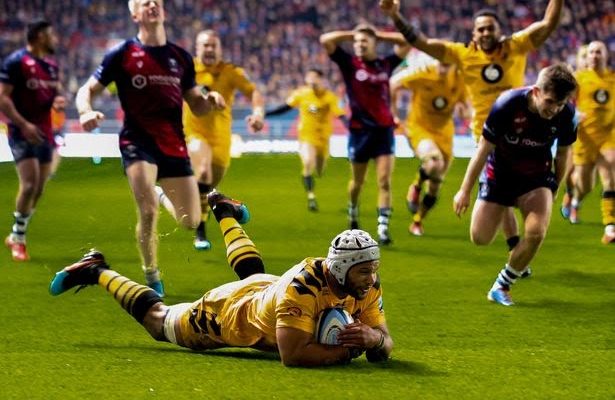 #BullsFamily: Carr has joined the group

The Blue Bulls Company can confirm that the athletic loose forward Nizaam Carr will join the #BullsFamily and will link up with the team as soon as the COVID-19 pandemic travel restrictions are relaxed.

The 29-year-old former Bishops Diocesan College scholar is no stranger to the South African rugby landscape as he stamped his authority in Vodacom Super Rugby while playing in the colours of the DHL Stormers where he represented the franchise at almost every level.

Carr has established himself as an uncompromising and hard as nails no.8 but can pack down on either side of the scrum with his versatility coupled with his insatiable ability on the field making the Springbok an asset in any squad.

Carr has certainly been rewarded in silverware for his deeds on the field as he helped DHL Western Province to two Currie Cup titles in 2014 and 2017 after winning the FNB Varsity Cup title with the University of Cape Town in 2011.

In 2018, he joined the Wasps in the English Premiership where he quickly became a fan favourite and flourished on the heavier fields while adding different elements to his overall skillset. He returns to South Africa having unfinished business with the Springboks as he would ultimately want to add to his five appearances in the Green and Gold.

Director of Rugby, Jake White, expressed his delight in Carr’s signing and is looking forward to working with the talented loose forward.

“Nizaam needs little introduction and I’m happy that he has decided to continue his career with the Vodacom Bulls. His ability to perform under pressure will only benefit the franchise while his experience will be used to mentor the younger loose forwards in the squad as well. He has done well in England and it is great to have his talent back on South African soil again,” said White.