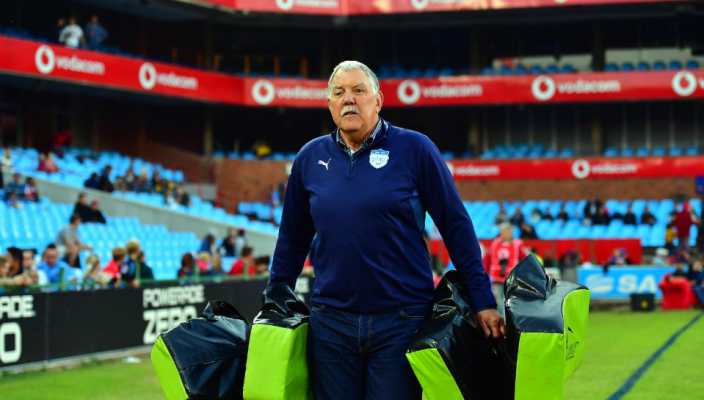 1 May 2020: The term Loftus Legend is often thrown around to describe great players, players that will be listed in annals of history and chatted about for years to come. Today, the #BullsFamily bids farewell to a legend of a different sort… a legend that has made legends.

The Blue Bulls Company would like to confirm that it has come to a mutual agreement with Vodacom Super Rugby head coach Pote Human regarding the early termination of his current contract, which was due to end in October 2020. The BBCo were open and transparent in informing Human that the contract would not be extended. Given the current situation, with no rugby expected to be played in the near future, both parties mutually agreed on exiting with immediate effect, thus also allowing Human extra time with his future planning.

Human’s career is one that any rugby enthusiast would be proud off… making an impact from schools and Varsity Cup through to the Vodacom Blue Bulls junior teams; coaching abroad in Japan; heading up 2 Currie cup teams; winning a Vodacom Super Rugby medal in 2007 and building a phenomenal team in 2019 that showed true grit to make it to the playoffs.

Alfons Meyer, CEO of the Blue Bulls Company heaped praise on Human’s efforts at Loftus: “Human is known as more than a coach at Loftus and has influenced the lives and careers of players and staff alike. He is a nurturer and a mentor and has made a lasting impact on many great players. Pote is an absolute gentleman of the game and has been an asset to the #BullsFamily. However, it is time for us to pathways, and we wish him everything of the best with his journey ahead.”

Human humbly thanked the BBCo for many great years: “My time at Loftus has been amazing to say the least. It has been an emotional roller coaster, with many highs and lows… but through it all, I have made friendships and memories that I will treasure forever. I have dedicated my life to this beautiful game and trust me there is no better place to do that, than at Loftus Versfeld. I would sincerely like to thank the BBCo for giving me the opportunity to live my dreams and for affording the privilege to work with some truly amazing people. I’d like to wish them every success going forward. It is important for Jake to get the backing and support from all stakeholders. He certainly has my support and I wish him all of the best.”