Burger and De Jongh out of Springbok tour

Nov 1 • International, World Rugby • 2570 Views • No Comments on Burger and De Jongh out of Springbok tour 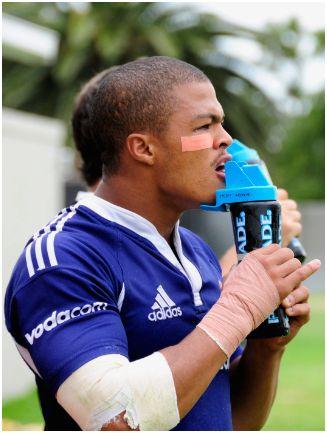 Schalk Burger and Juan de Jongh have been withdrawn from the Springbok squad as a result of injuries suffered in Saturday’s Absa Currie Cup final. The pair were scanned in Johannesburg on Monday morning and were immediately ruled out of the tour.

Burger has a broken rib while De Jongh suffered a hairline fracture to his left ankle. Experienced centre Adi Jacobs – who had been called up as a precaution – has been drafted into the tour squad as a replacement for De Jongh.

Burger is replaced by the uncapped Deon Stegmann of the Vodacom Blue Bulls while his teammate Zane Kirchner has also been added to squad to restore the party to 30.

“It’s a blow to lose players but we’ve rolled with the punch and already moved on,” said Springbok coach Peter de Villiers.

”We trained without them this morning and we already had contingency plans in mind which we’ve begun to put into operation. It’s not an ideal situation but we’ve all got on with our jobs and are focused only on the players that we have in camp.”

Meanwhile Jean de Villiers (groin), Willem Alberts (calf) and Chiliboy Ralepelle (flu) took no part in either of the Springboks’ two field sessions on Monday. The Springbok team for the test against Ireland will now be named on Thursday due to the injury disruptions.

“We’ll give the players some more time in rehab before we confirm the team,” said De Villiers. “We have the line-up in mind but want to make sure everyone’s OK before makin the announcement.