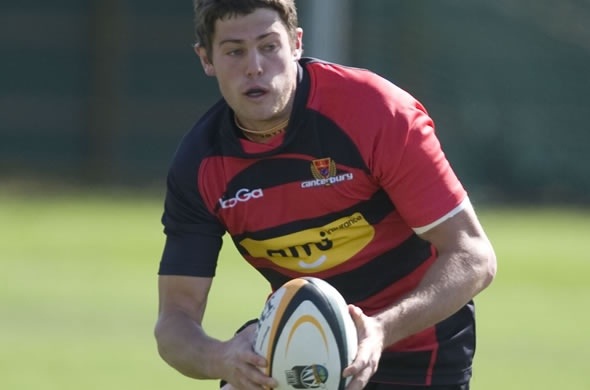 Having taken out the South Island Invitational tournament unbeaten with a 23-20 win against the Otago Development side in the final last weekend, the Canterbury Colts are now moving to their traditional matches against Auckland, Waikato and North Harbour. They will face the Auckland U20s at Rugby Park at 1pm tomorrow.

Head coach Dale McLeod says Auckland will be a huge challenge, as they always are: “Beating Auckland has proved to be a very hard thing to do over the years at Colts level, but this is will be a great opportunity for the team to really measure themselves against some of the best Colts teams in the country. Last season’s result went in Auckland’s favour, with them kicking a penalty on fulltime to win the game. But we are determined to turn that result around this year and this is a game that the team really want to win.

“This year’s group has something special about them and I know that a lot of the players will go on to perform at the highest levels. The next seven days will decide just how special the group are, with an extremely tough schedule that sees them play Auckland on Saturday, then fly up to play Waikato on Thursday, and play North Harbour just two days later,” McLeod said.

“The goal for the team at the start of the season was to through their campaign unbeaten – something that has only been achieved 2 or 3 times in the last 20 years. That is a huge challenge to set themselves, but we know we have the talent in this group to make it possible.”

A big emphasis for the team this year has been the Canterbury man and their legacy. The team has been divided into 5 groups, each group selecting a former Canterbury player to name their team after. The five men selected to represent each group were Tane Norton, Warwick Taylor, Aaron Flynn, Dave Hewett and Steve Surridge.

“Each of them have come along to our trainings and talked to the boys about what it has meant for them being part of the Canterbury legacy. That has been really inspiring for the boys and they have really benefitted from their input,” McLeod said.

Entry to the game at Rugby Park on Saturday is free, so McLeod is encouraging Cantabrians to come along and support some of their young rugby talent. “These are your future Canterbury, and possibly New Zealand, rugby heroes, so come along and see the huge amount of talent and some exciting Canterbury vs Auckland rugby.”