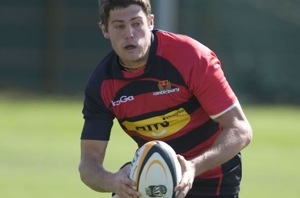 The Canterbury men’s and women’s sevens teams travel to Rotorua tomorrow to contest the Bayleys Nationals Sevens title. Both teams head to the Nationals following their recent title successes at the South Island tournament hosted in Timaru in November.

The Canterbury men’s team has experience across the squad, including international representatives William Saukuru and Sakenasa Aca who are both Fijian sevens representatives, and Juan Pablo Metuaze who has played for Chile. New Zealand sevens squad member, Mark Jackman, also features in the Canterbury twelve.

The Canterbury women’s team is a young and talented side which will be led by New Zealand Black Fern Amiria Rule. Also included in the twelve are New Zealand sevens representatives Olivia Bird and Alexis Tapsell and Black Fern Kendra Cocksedge.

The Nationals have been played in Queenstown for the last ten years, but the tournament has moved to Rotorua International Stadium for the next two years. The Tournament is played over two days: Saturday 11th and Sunday 12th of January. Teams are divided into pools. They then play a round-robin within the pool, with the top teams in each pool advancing to the Cup competition.

The Canterbury men are in Pool C alongside Mid Canterbury, Taranaki and North Harbour. They play their first pool game against Taranaki at 1.25pm. The Canterbury women are in Pool A, and will line up against Manawatu, Taranaki, Bay of Plenty and Counties Manakau. The team play their first game against Bay of Plenty at 12.25pm. The Nationals will be televised live on SKY TV from 12noon on both days.