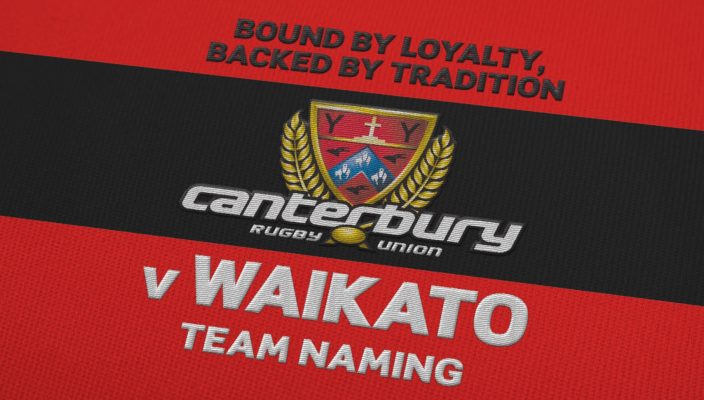 Canterbury will make their first Ranfurly Shield challenge in four years when they play Waikato this Wednesday night.

The team heads to Hamilton this afternoon to prepare for tomorrow night’s match, which comes just four days after their win against Otago.  Head Coach Scott Robertson has made five changes to the starting line-up that played on Saturday.

Locks Scott Barrett and David McDuling rotate so that Barrett starts alongside Dominic Bird this week.  Jed Brown will complete the loose forward trio with Reed Prinsep and captain Luke Whitelock, with Billy Harmon providing cover from the bench.  Tom Sanders is currently recovering from a hip sprain.

A knee injury to Rob Thompson in the 45 – 34 win over Otago has forced a reshuffle of the back line.  Jordie Barrett moves from fullback to second five, while Johnny McNicholl shifts from the wing to fullback, and Marshall Suckling comes into the starting line-up at 14. Alby Mathewson will provide halfback cover, and Inga Finau also joins the reserves as backs cover.

Canterbury’s last Shield challenge was against Taranaki in the 2012 season, but was unsuccessful.  The last time Canterbury won the Ranfurly Shield was on 9 October 2010, when they took it off Southland.  They then lost it back to Southland the following season.
Kick off is 7.35pm tomorrow night, in Hamilton at FMG Stadium Waikato. To view the team naming by the children of Canterbury Rugby’s Adopt-a-School programme, click here and to view the team on our website, click here.