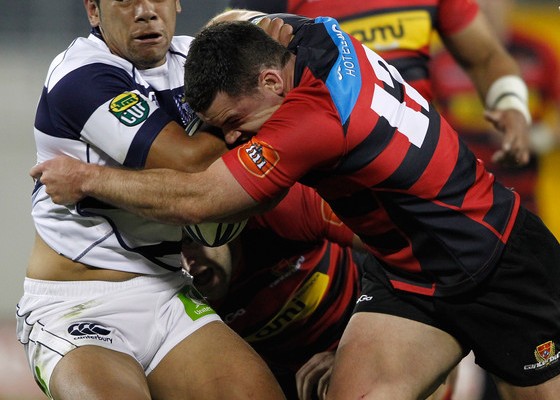 In the front row, the props change from Paea Fa’anunu and Sione Faletau to Joe Moody and Nepo Laulala.

Matt Symons steps into the right lock position alongside Joel Everson, and Luke Katene takes his place in the reserves.

George Whitelock is back at number seven and will also captain the side against Auckland.

In the back line, Willi Heinz will start at halfback with Andy Ellis on the bench. Adam Whitelock returns to centre, which allows Ryan Crotty to move back into second five.

Crotty will also mark a significant milestone on Saturday night, playing his fiftieth game for Canterbury. Robertson says it is an achievement that all of the team will be keen to celebrate.

“Crotts is such a Canterbury stalwart. He is a superb player, but also an outstanding team man. His teammates hold him in such high regard and they will be determined to make him proud when they join him for his fiftieth match on Saturday night,” Robertson said.

Canterbury is currently sitting one point ahead of Auckland on the ITM Cup Premiership table.