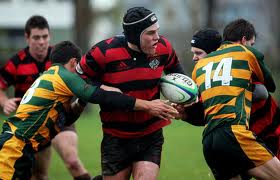 Canterbury will take on Otago at home this Saturday afternoon, and Head Coach Scott Robertson has made five changes to the starting fifteen that beat Bay of Plenty last week.

Joe Moody returns from his shoulder injury to wear the number one jersey this week, and he will be joined by Ben Funnell and Nepo Laulala in the front row.

With flanker Matt Todd’s call-up to the All Blacks squad, Jed Brown will make his first start at number seven.

In the backs, Willi Heinz starts at halfback this week with Andy Ellis on the bench, and Tom Taylor has recovered from injury to return to the fullback position.

Canterbury will also be able to call on some useful experience from the bench this week, with both Corey Flynn and Johnny McNicholl having recovered sufficiently from their injuries (Flynn – knee; McNicholl – ankle) to possibly get their first runs of the season, and Luke Whitelock also having returned from the All Black camp.

Kick-off is at 4:35pm at AMI Stadium on Saturday, and families in particular are urged to get to the stadium early to make the most of the additional children’s entertainment that will be at the stadium for this afternoon game.