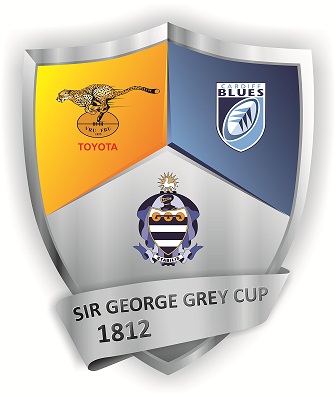 The match was arranged to commemorate the 200th birthday of Sir George Grey, founder of Grey College.

According to the tour promoter Willem Strauss, spectators can look forward to a great contest between Heineken Cup quarter finalists, Cardiff Blues and the Toyota Free State Cheetahs.  “Though  it is still early in the season for the Cardiff Blues, the boys form Wales are, like the Toyota Free State Cheetahs,  known for their for their attractive style of rugby and this promises to be a great spectacle – definitely a match not to be missed.”

“We are all looking forward to the trip and feel very humbled and honored to be part of such a prestigious occasion” said Phil Davies, Cardiff Blues director of rugby.

“It brings great joy to us to be hosting this special game during this year when we celebrate the 200th anniversary of our founder, Sir George Grey’ birthday,” said Mr. Johan Volsteedt, Principal of Grey College.

Mr. Harold Verster, Managing Director of the Free State Cheetahs (Pty) Ltd. is excited about the prospects of the game and said:  “This is a wonderful opportunity to pay respect to Grey College for their huge contribution to rugby in the Free State and South Africa and for bringing international rugby to Bloemfontein.”

The program for the day is as follows:

Tickets for the game are R60 for adults and R20 for scholars and student are available at the ticket office at Free State Stadium as well as the Reunie Office at Grey College.

A special golf day will be hosted as part of the celebrations.  The format for the day is a BBS-competition.  Cardiff Blues- and Toyota Free State Cheetahs players will take part in the day.  The price for a four ball is R2 500.  Included is a golf shirt, halfway house, refreshments and a meal.

Grey College Reunie will also be hosting a gala function on Friday, 3 August at 18:30 in the Grey College Centenary Hall.  Special guests for the evening include the Cardiff Blues- and Toyota Free State Cheetah players, the IRB’s Player of the Millennium, Gareth Edwards as well as Morne du Plessis. Tables are R3 500 which includes a meal.