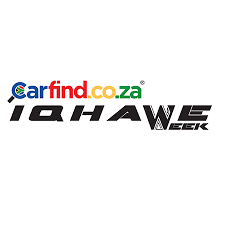 Springbok captain Siya Kolisi had words of encouragement for the country’s top up-and-coming Under-15 schools’ rugby players, who will showcase their talent from 1 to 4 October in the 2018 edition of the Carfind.co.za Iqhawe Week, which will once again be hosted at the Bill Jardine Stadium in Johannesburg.

The development tournament – initiated by the SA Rugby Legends Association (SARLA) – is a joint initiative with SA Rugby, and aims to bring together representative teams from the 14 provincial unions in South Africa.

The talented young athletes – many of whom are from non-traditional rugby playing schools, and under-privileged and rural areas – could also stand a chance to be awarded a bursary.

The Carfind.co.za Iqhawe Week is part of SARLA’s broader mandate to achieve true transformation and social upliftment in rugby through the development and the creation of opportunities at a grassroots level. SARLA’s other initiatives include the Vuka Rugby Development Programme and the Legends Cup.

The tournament, which is supported and endorsed by SA Rugby and the Gauteng Provincial Government, is hosted in partnership with the City of Johannesburg, and has in previous years seen some tense matches and many great wins.

Kolisi, who is also a board member of MyPlayers, said: “We are committed to improving the game for the next generation, some of whom may be the talent discovered at the 2018 Carfind.co.za Iqhawe Week.

“This is why we have also set aside a portion of our incomes in 2018, not only sponsor the event, but also to create a potentially life-changing bursary fund to aid young talent.”

Kolisi was a Grade 8 pupil from Zwide, outside Port Elizabeth, dreaming of a professional rugby career when he had the opportunity to meet Schalk Burger, and the Bok skipper shared words of encouragement for the Carfind.co.za Iqhawe Week participants.

“I was determined to change my life and that of my family for the better, and I have worked extremely hard to achieve my dream. This is an opportunity for you to do the same, you can do it!” said Kolisi.

Jurie Roux, CEO of SA Rugby, said the Carfind.co.za Iqhawe Week is a fantastic development platform for players to advance their careers.

“The fact that 63 players have graduated from this competition to the U16 Coca-Cola Grant Khomo Week since 2016 is evidence of this,” said Roux.

“Transformation is about creating opportunities for all South Africans, and this initiative is in line with our objective to grow and develop the game at grassroots level, as players from non-traditional rugby schools and rural areas are able to showcase their skills on the provincial stage.

“I would like to thank SARLA for the fantastic work they are doing to give back to rugby, as well as Carfind.co.za and the City of Johannesburg for supporting this event.”

SARLA CEO Stefan Terblanche said: “It’s an absolutely amazing week, and all of us at SARLA are enthusiastic, motivated and looking forward to the experience. I have no doubt that we will discover some incredible new talent.”

SARLA President Gavin Varejes was equally excited about the tournament and said: “Rugby is about so much more than just how we play. There are many essential life lessons and values to be learned, including integrity, dedication, respect, teamwork and discipline.”

He added: “SARLA is grateful for the support of all of our partners, such as SA Rugby, MyPlayers, the Gauteng Provincial Government and the City of Johannesburg, and we are exceptionally proud to play such a big role in transforming the lives of so many young South Africans.”