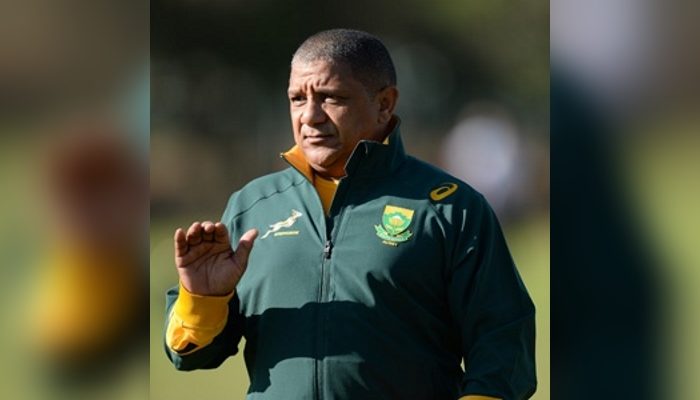 Record try-scorer Bryan Habana is back at left wing for the Springboks when they face Italy in Florence on Saturday, while Nizaam Carr will get his first start for South Africa against the same opponents he made his Test debut against two years ago.

In a third change to the starting team, Pieter-Steph du Toit, the 2016 SA Rugby Player of the Year, will move back to lock in the place of Eben Etzebeth, who was not considered for selection because of the concussion he suffered against England. This brings to an unfortunate end an impressive run of 31 consecutive Test matches for the Springboks by Etzebeth.

Du Toit’s move to lock, where he will partner Lood de Jager, opened up a position in the back row, where Carr will start following his stint off the bench last week at Twickenham.

The rest of the team that played England in London was kept unchanged, but Springbok coach Allister Coetzee has made three changes to the bench, with Trevor Nyakane (prop), Oupa Mohoje (loose forward) and Elton Jantjies (flyhalf) all returning to the match 23.

Coetzee said his team had a good training week in Florence and is looking forward to an improved performance from his side.

“The players are working extremely hard during training, and there is no lack of effort on their part,” said Coetzee.

“We’ve had a good, hard look at the areas we must improve on and we realise Italy will be a tough side playing at home.”

Coetzee said Habana is fully fit after it was decided not to select him against England.

“It was the right decision not to risk Bryan at Twickenham. He has been training hard all week and without any discomfort, so he is good to go,” said the Bok coach.

“Pieter-Steph has an impressive work rate and I am expecting him to deliver the same at No 4 against a lively Italian pack of forwards. With him moving to lock, we felt Nizaam was the right person to start in the No 6 jersey as he did well when he came off the bench against England. Apart from his speed, he also makes the right decisions at the breakdown.

“Our set-piece is operating very nicely at the moment and we were outstanding in the scrums and line-outs last week. However, we must improve in other areas because we had several soft moments at Twickenham, which we got punished for.

“Although they played together for the first time as a combination, I thought that our midfield pairing of Damien de Allende and Francois Venter performed well last week. They will improve as a combination by playing together.

“Apart from the few changes, we have gone for continuity, taking into account that this current squad have only been together for, one week before the match against England. I would also like us to build longer periods of sustained pressure, to execute better and to convert our scoring opportunities into points,” explained Coetzee.

“Italy will be determined to bounce back after their loss to New Zealand, they have a few South Africans involved in their set-up so they understand we way play and our mentality. I have said before that there is no easy Test, and we expect a tough battle on Saturday from Italy.”

Meanwhile, prop Tendai Mtawarira will play in his 90th match in the Springbok jersey and will earn his 86th Test cap for South Africa.

The Test between the two sides will be played at the Stadio Artemio Franchi, a football stadium in Florence, and it will be the first time that South Africa will play at this venue.

The Springbok team to face Italy in Florence: