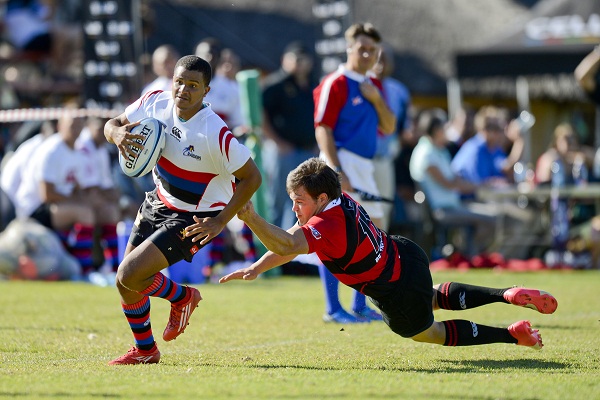 Four teams will be making their Cell C Community Cup debuts on Saturday in the second round of the new national club competition, which kicked off in Durban last weekend.

Brakpan caused a bit of an upset by beating Broubart Old Selbornian in East London last weekend (15-8), while Roses were too strong for White River (65-36). It’s still early days, but at this stage of the season, it would seem that the match at the Bosman Stadium could determine who will take the spoils in Pool D.

At the recently revamped Green Point Track in Cape Town, one of the oldest club grounds in South Africa, hosting rugby matches dating back to the late 1800s, SK Walmers will host United Bulk Villagers Worcester, who got their campaign off to a good start last weekend with a win over Aveng Moolmans Sishen (24-20).

It doesn’t get any easier for Sishen as they prepare to host national open club champions Jonsson College Rovers. The Durbanites, who beat GAP Despatch 38-17 in the opening match last weekend, face a 2,200km return journey to Kathu for this match. Despite the travels, the visitors should be favourites to make it two from two – and 81 from 85 in the last four seasons.

A massive Free State derby will take place in the Gold Fields when Welkom Rovers host Bloemfontein Police in a repeat of the 2012 National Club Championships Plate final, which was edged 17-15 by the “Bloem Bobbies”.

The other Bloemfontein club in the competition, Crusaders, kick their campaign off with a visit to Raiders in Johannesburg, current Pool C leaders after their 45-12 victory over BB Truck Noordelikes last weekend.

In Pool B, Durbanville-Bellville must put last weekend’s disappointing defeat to Pretoria Police behind them and ensure they beat African Bombers at home to keep their campaign on track.