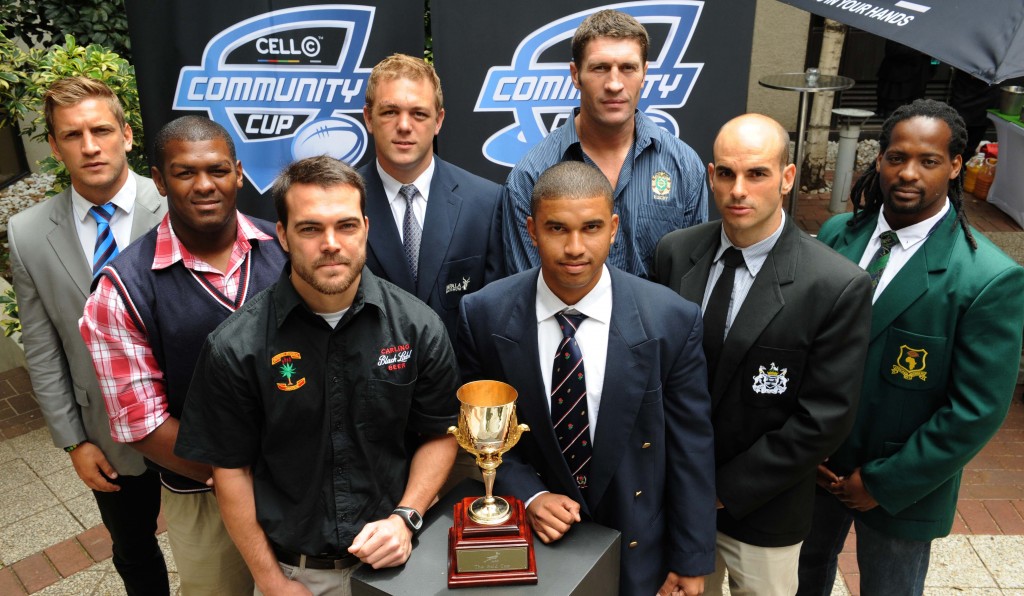 The Cell C Community Cup – a project of the South African Rugby Union that has been three years in the making – finally gets underway in Durban on Saturday when current national club champions, Jonsson College Rovers, host GAP Despatch in an opening match that will be televised live on SuperSport.

The 20 participating clubs will be competing for the historic Gold Cup, which has been specially restored and brought out of retirement for the tournament. The trophy will make its way to Durban on Friday from SARU’s headquarters in Cape Town, with a mystery guest due to deliver it to the field on Saturday just before kick-off at 14:30.

This is the first of eight opening-round fixtures involving club communities across the country, from Worcester and Wellington in the south, to Rustenburg and Polokwane in the north of the country.

The opening match is a repeat of last year’s Club Champs quarter-final, which saw Jonsson College Rovers come from behind to pip GAP Despatch 41-30 en route to their second national title. Rovers have not only lured former Sharks and Racing Metro flyhalf Greg Goosen back to Durban, but also enlisted the help of three former and one current Springbok to help with their preparations – Jannie du Plessis, Dick Muir, Ian MacDonald and Braam van Straaten.

“The Cell C Community Cup is an ambitious new departure for open club rugby in South Africa and to have a company such as Cell C as our partner is a major coup for the tournament,” said Rovers coach and former Springbok scrumhalf, Robert du Preez.

The men from GAP Despatch are coached by another former Bok, Adri Geldenhuys, and are a household name in South African club rugby. They will travel to Durban with fond memories of playing at Kings Park, having won the old National Club Championships twice at this venue in 1985 and 1988.

Former Springbok midfield maestro Danie Gerber was one of the stars of the Despatch side of the 1980s and is still involved with the club based outside Port Elizabeth.

There is also massive anticipation for the match between Blue Bulls champions Pretoria Police and Durbanville-Bellville, the top non-university club in Western Province.

Nico Luus, who was named National Club Championship Player of the Tournament last year, will captain the Bobbies on their adopted home ground of the Loftus Versfeld B-field in Pretoria, adjacent to the stadium where they beat UP-Tuks in the final of the Carlton Cup last season.

Durbell will hope to build on their very good 2012 season, when they beat Maties and UCT home and away but were pipped at the post for the WP Super League A crown by the Stellenbosch students, to finish second on points difference.

Elsewhere, a number of clubs will be criss-crossing the country for their opening-round fixtures.

White River from Mpumalanga will travel to Wellington in the Western Cape to face Boland club Roses United, while Griffons champs Welkom Rovers will depart on Thursday night for Port Elizabeth, where they will be in action on Saturday at the Zwide Stadium against wild cards African Bombers.

Brakpan also have a long haul ahead of them, having to travel to East London to take on Broubart Old Selbornian, winners of the Border Super League last year, while Aveng Moolmans Sishen will leave on Thursday night bound for Worcester, where they come up against Boland champions Villagers Worcester.

The two Golden Lions clubs involved in the Cell C Community Cup don’t have to travel too far for their away matches during the opening round – Roodepoort will be in action in Rustenburg against Rustenburg Impala, while Raiders will travel north to Polokwane to take on Limpopo champions BB Truck Noordelikes.

“We played in a few friendlies that really helped us to identify our problem areas, which we worked hard on to eradicate. We don’t know anything about our opponents but we will focus on our strengths and adapt as the game goes on,” said Raiders coach Fernando Penshaw ahead of their visit to Noordelikes.