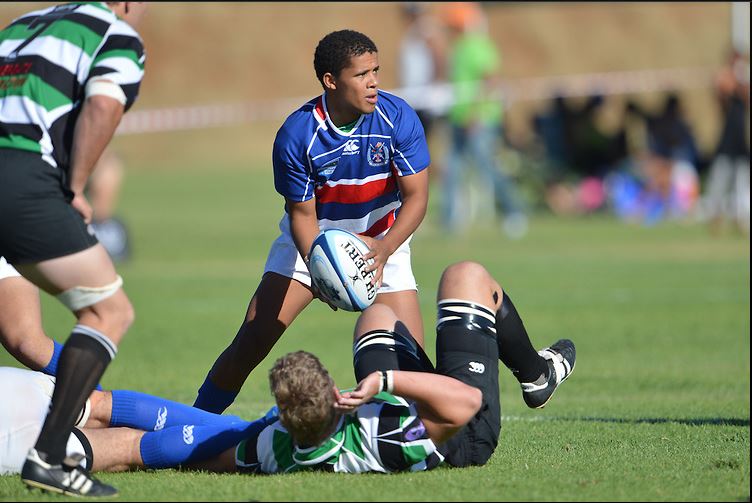 The pool stages of the Cell C Community Cup will reach a nail-biting climax across the country on Saturday, with four places in the Easter Championships in George still up for grabs and a multitude of permutations meaning as many as 10 teams could still qualify.

The final round will feature a number of ‘knockout’ matches, the most intriguing of which features wild cards SK Walmers and Raiders, who will advance should they beat GAP Despatch and Rustenburg Impala respectively. Adding further spice to these encounters is the fact that both wild cards will enjoy home-ground advantage.

Despatch’s hard-fought, bonus-point 30-20 victory over Aveng Moolmans Sishen on Saturday and Walmers’ spirited 30-18 defeat in Durban to reigning national open club champions Jonsson College Rovers has left both teams on 10 log points – thereby reducing their Pool A match at what is expected to be a sold-out Green Point Track in Cape Town (kick-off 16h00) as a straight eliminator to see who joins Rovers – who will finish top of the Pool regardless of the outcome – in George.

And in Johannesburg, Raiders, currently three points behind Rustenburg Impala and Roodepoort in Pool D, will not only leapfrog their Highveld rivals into top spot should they beat Impala with a bonus point, but  they will also ensure that Roodepoort are knocked out of the tournament, despite the West Rand side’s 34-15 away win over Bloemfontein Crusaders on Saturday and their 27-24 victory over Raiders in Round 3.

Impala, meanwhile, are assured of their Easter place as they are level with Roodepoort on 14 log points with a match in hand, and SARU tournament rules dictate that the first tie-breaker when two teams are tied on log points is the result of the match between the two sides – in this case, Impala’s 24-13 first-round victory over Roodepoort may prove crucial in the final outcome.

Pool B is just as intriguing. Pretoria Police qualified for George with an impressive 51-20 win over Rovers in Welkom, and they will finish unbeaten at the top of the group should they dispatch the winless Bloemfontein Police in a keenly-anticipated ‘Battle of the Bobbies’ derby in Pretoria.

Second place is, however, far from cut and dried, with Durbanville-Bellville needing to beat Welkom Rovers to book their place. A bonus-point victory for Rovers, on the other hand, may throw the statistical cat amongst the pigeons as it will mean they, Durbell and wild cards African Bombers all finish on 11 points.

And in Pool D, Broubart Old Selbornian kept their hopes alive when they came from behind to beat Pacaltsdorp Evergreens 19-13 in East London to move to third, one point behind Evergreens, who must now beat another wildcard, Roses United, on Saturday in the very last match of the pool stages to be assured of their place in the Easter Championships.

Brakpan, meanwhile, made sure they would finish top of Pool D with a record 134-0 hammering of White River, who can however still provide the tournament with a crucial plot twist on Saturday should they bounce back to beat Old Selbornian at base.

To make matters even more interesting, Roses United could still slip through the back door should they beat Evergreens with a bonus point in Pacaltsdorp and White River shock Old Selbornian, who, it must be said, will face an energy-sapping round trip of 2,400km, searing Lowveld temperatures and a team playing for pride, as the East London side go in search of possibly the most valuable five points in their history.

Logs after Round 4 (subject to official ratification):

QF2 – Winner B vs Runner-up A (Despatch or SK Walmers)

QF4 – Winner A (College Rovers) vs Runner-up B