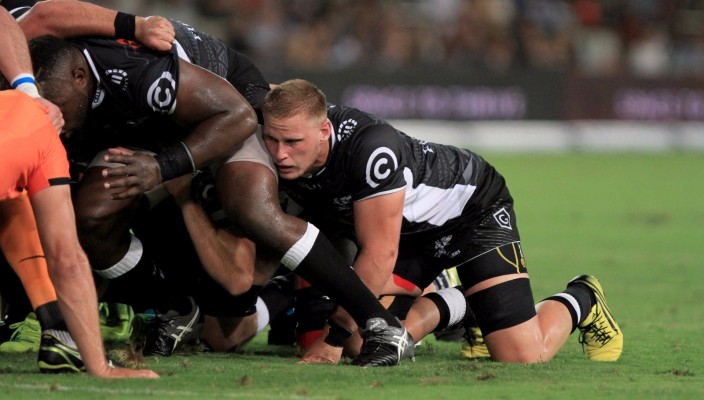 Cell C Sharks side named to take on the DHL Stormers

Mar 10 • International, Super Rugby • 1301 Views • No Comments on Cell C Sharks side named to take on the DHL Stormers

Last week’s match against a Jaguares team filled with Internationals was billed as a clash of near Test match proportions and this weekend is no different when the Cell C Sharks take on the Stormers in a round three Vodacom Super Rugby clash of huge proportions at Newlands in Cape Town.

Director of Rugby Gary Gold has stuck with the same team that defeated the Jaguares at Growthpoint KINGS PARK last week.

There is little reason to tamper with a winning side and Gold ‘ain’t fixing what ain’t broke’, to use an old idiom.

Saturday’s clash against the Stormers is likely to mirror the Jaguares game to a greater degree than the opening match of the Vodacom Super Rugby Tournament against the Kings which was more about attack and scoring tries.

Against the Jaguares – and indeed the Stormers – defence needed to be, and will again be called upon to be, top notch. Keeping the Argentinians scoreless in the second half, as was the case against the Kings, showed that this is a side ruthless on attack but also able to show character on defence.

A much anticipated battle of brothers between the loose-forward twins Jean-Luc and Daniel representing the Cell C Sharks, and their older brother, flyhalf Robert for the Stormers, will not materialise after the latter picked up an injury in his team’s defeat of the Cheetahs last week.

But there will be battles aplenty in this much-anticipated clash between two sides who have won their opening fixtures and are currently fighting it out for top honours.