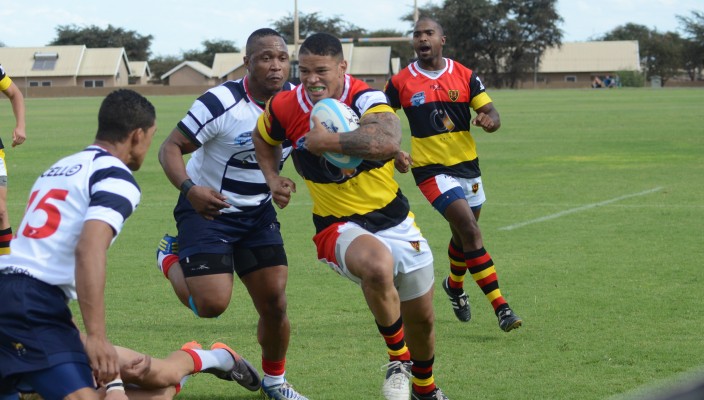 TWO traditional rivals with a combined 267 years of history will be showcased to a national audience on Saturday when Hamiltons host Vaseline Wanderers in a televised second-round Cell C Community Cup match in Cape Town.

The Pool C match from the Stephan Oval in Green Point will be broadcast live on SuperSport 1 & HD, starting at 14h15.

Hamiltons, established in 1875, are South Africa’s oldest rugby club and celebrate a landmark 140th anniversary this year. Wanderers, meanwhile, were founded in 1888. The two clubs, who between them have produced over 60 Springboks, have not played each other in 47 years.

The Gautengers, whose famous ex-players include the likes of Okey Geffin, Syd Nomis, Rudolf Straeuli, Hannes Strydom, Warren Brosnihan, John Robbie and Murray Mexted, will make their Community Cup debut in the Mother City after enjoying a bye in last week’s first round.

The encounter will also signal the return to action of top referee Jason Jaftha, after a prolonged absence due to injury.

The match is one of eight second-round clashes taking place across the country this weekend, as the 20 competing sides begin to jockey for position in their respective pools. The top two clubs from each of the four pools will qualify for the Easter play-offs in Rustenburg, which take place from 2-6 April this year at the Impala Rugby Club. All 12 Easter matches will be live on SuperSport.

“It’s a dream come true to be playing Community Cup and for the guys to take on Hamiltons on TV is out of this world,” said Wanderers’ head coach, Neil Kalify. “We’ve come a long way to get here, having had to fight to be promoted back to the top league in the Lions, and so we’re going to make the most of what is going to be a truly historic occasion.”

Hamiltons captain Jody Burch, a former Western Province eighthman, said he was looking forward to playing his first match on home soil in such a landmark season. “It’s a humbling opportunity for me to captain the team this year, said Burch. “I’ve captained other teams before but there’s something special about Hamiltons with its heritage and history.”

In Pool C’s other match, One Logix United Bulk Villagers Worcester will look to bounce back from their opening round loss to Evergreens when they host Sishen at Boland Park in Worcester. Defeat for either side will in all likelihood see them knocked out of the race to Rustenburg.

In Pool A, Don’s Pawn Shop Port Elizabeth Police will find themselves in a similar predicament when they welcome high-flying Border champions Kempston Old Selbornians to Kemsley Park for the Eastern Cape derby. Old Boys beat Durbanville-Bellville in round one and another victory on Saturday will see them take a big step towards Easter qualification.

Durbell’s defeat means that they too cannot afford to slip up when they host newcomers East Rand Cranes Springs, who had a bye in round one, in Cape Town.

Collegians, the KZN champions, and Rovers have agreed to host one Community Cup double-header each this season. The action gets underway at 14h15 when Rovers play BB Truck & Tractor Noordelikes, after which Collegians will face J&F Reclaiming Rovers Welkom in Pool D in what has been a long-awaited debut match in the tournament for Durban’s historically most successful club.

The other Pool D match sees Gap Management Despatch, who recorded the opening round’s biggest win, a 69-32 defeat of Rovers Welkom, up against Wesbank of Malmesbury. The Bolanders opened their account with a 32-13 win over Shumba Ferros but will have to be at their best to upstage the 2013 champions at their Despatch fortress.