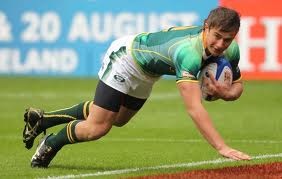 Ulrich Beyers has been ruled out of this weekend’s clash against Western Province. The outside centre, who has been nursing an ankle injury this week, failed a late fitness test and will be replaced by Waylon Murray in the starting line-up.

Murray has shown great form when he has come off the bench and even in his start against the Cheetahs last week. The Durban born centre has settled pretty well in Pretoria amongst his new team mates. His original place on the bench will be filled by the talented mid-fielder, William Small-Smith. He has represented the Blue Bulls U21s, and even won medals with the Springbok Sevens and Junior Boks.