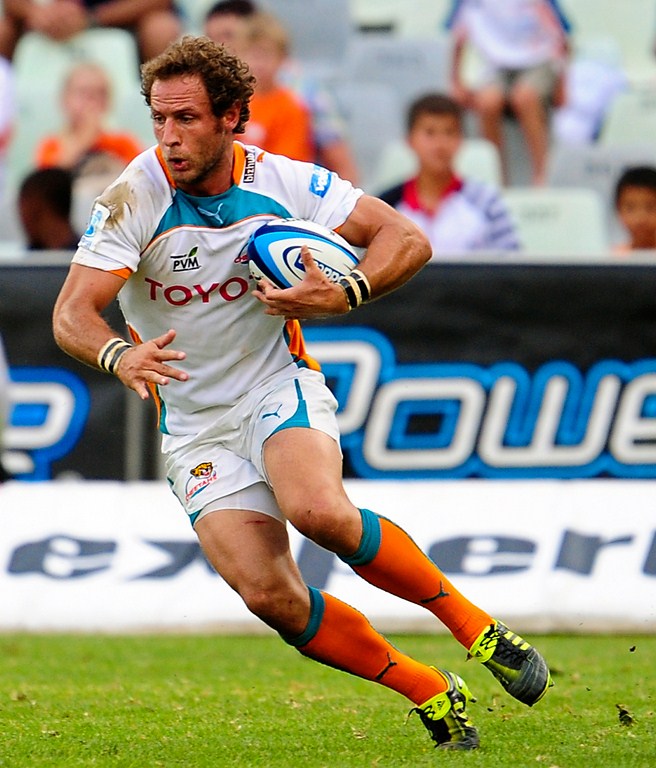 Unfortunately the victory came at a price as captain Andries Strauss left the field with a suspected groin injury. The worst has now been confirmed and Strauss is on his way back to South Africa after scans revealed a torn groin that will leave Strauss out of action for at least 6 weeks.

Strauss himself made the disappointment clear on his Twitter account with the following Tweet: “Historic win for us last night!Proud of the boys! I tore my groin and will be out for 6 weeks, on my way to SA, it sucks.”

The lastest injury to Strauss deepens the woes at the Cheetahs after hooker Adriaan Strauss broke his wrist early in the season with no definite time of return. Soon after that Springbok Juan Smith tore his knee ligaments and was ruled out for the rest of the season. Philip Burger is also sidelined for several weeks with a calf strain while Jongi Nokwe was ruled out last year already. Frans Viljoen was also injured but has since returned to the Cheetahs bench.

Naka Drotske has called on Griquas center Wilmaure Louw to join the squad before their next match against the Reds. Corne Uys is already with the squad and should be the obvious choice to replace Strauss in a midfield shuffle that will see Robert Ebersohn shift back to inside center where he played his whole school career while Corne Uys will be wearing the number 13 jersey.

Uys and Louw have big boots to fill with www.ruggastats.com revealing Strauss as the Cheetahs’ best defender in the backline, making a telling 55 tackles and assisting in a further 20 tackles while only missing 3 in four matches. Strauss has also been great at creating space and opportunities for his fellow backs with a total of 10 “Playmaker” passes in four matches.

All is not lost though with Springbok Heinrich Brussow returning to top form after being sidelined for a year with the same injury as Juan Smith. Brussow was influential in the Sydney victory as he poached numerous loose balls, lead with example and stopped the Waratahs in their tracks with smashing tackles. Drotske will also be more than happy with the play and work rate of Smith’s replacement Philip van der Walt while ex-Bulls lock Wilhelm Steenkamp has been excelling in the tight-five and line-outs.

With Smith, and the two Strauss’ out of action, Drotske now faces the challenge of appointing his 5th captain in only 6 weeks of Super Rugby.

The Toyota Cheetahs face the confident Reds in Brisbane on Saturday 26 March at 06h40 South African time where they will try and double their overseas victories.