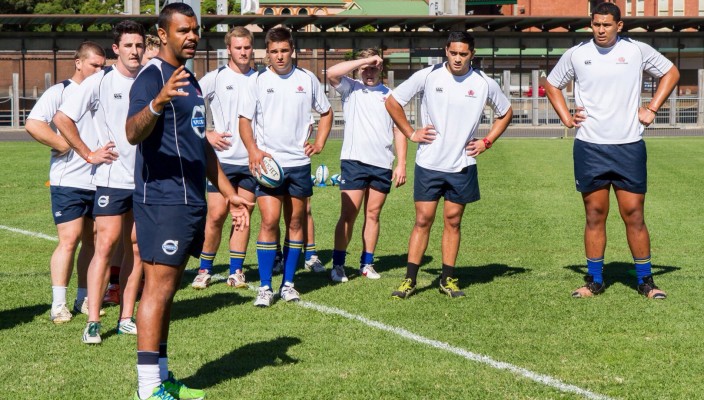 Cheika on lookout before U20s Champs

NSW Coach Michael Cheika is on a state-wide search for the next wave of NSW Waratahs ahead of next year’s National Under 20s Championship.

And Cheika’s promise to leave no stone unturned in his efforts to field a stellar outfit that will be known as the NSW Colts will provide the chance of a lifetime for up and coming youngsters with the passion and talent to represent their state.

Delighted at the introduction of a defined pathway that gives youngsters an opportunity to showcase their skills as they enter professionalism, the NSW Waratahs coach says skill, ability and commitment will get a player into the Colts squad and they’ll need to maintain these attributes once in the program to stay there.

“We don’t want to bring them in here and over-coach them, I think all these guys are going to get great coaching in their clubs,” said Cheika. “We will really see some players stand out from the rest of the group leading into selection.”

Kurtley Beale is one of a number of senior players already working with the squad at training and will help mentor the colts players during the trials but Cheika says it is the youngsters who will spice up the competition for positions. “Having the colts eyeing off a goal of playing with the Waratahs is sure to have some of the senior players looking over their shoulders.”

Cheika was quick to commend the ARU on its introduction of a national Under 20s tournament, as it has the potential to strengthen development in other areas like the Shute Shield and Super Rugby.

The Waratahs coaching staff have been working closely with chief scout Tim Kelaher, as well as keeping regular contact with school teams and junior colts.

To ensure no talent goes unnoticed, Cheika opted for an open challenge as the selection tool.

“We’re not 100 per cent sure that the net was fully cast on all the players so we want to keep the door open.

“We also have to cater for the later bloomer, maybe a guy that hasn’t been the schools or representative teams and who’s coming through later, there are plenty of those and we definitely want to make room for those guys as well.”

Cheika encourages youngsters interacting with his side, as it gives them motivation to succeed, “The more we can show what we are about here the more they will want to play for us.”

The head coach sees this competition and development program as a pivotal link to the newly formed ‘Futuretahs’ campaign.

“We want kids growing up, wanting to be a part of the program from the start with the Futuretahs.

“Young guys with a passion to one day play for the Waratahs, coming through the rugby network and getting the opportunity to play for the NSW Colts and then the chance to represent the senior team. The more of those stories we can get into the team the better the Waratahs and the game are going to be.”

The make-up of the colts squad will remain a mystery until the final trials in mid-February. The national trials are set to kick-off in March.