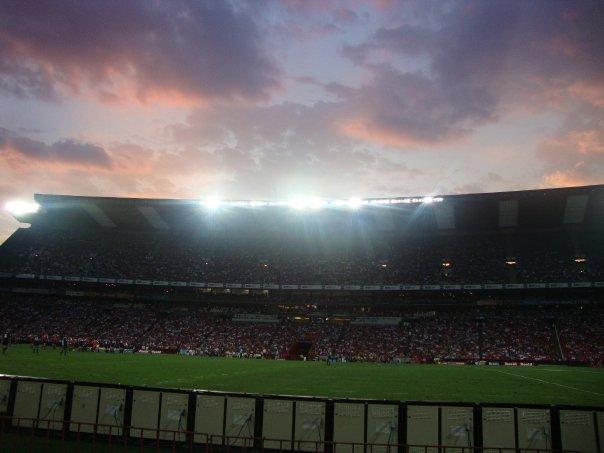 Coca-Cola Park in Johannesburg captured on camera by Chris Botes

Sione Lauaki will captain the Chiefs for the first time in a Rebel Sport Super 14 match when the Chiefs take on the Lions this weekend in Johannesburg, South Africa.

Lauaki, who last week was ruled out of contention due to an abscess on his arm, will start at number eight. Liam Messam will again feature on the blindside, with Chiefs rookie Luke Braid making up the loose forward trio, starting on the openside flank.

Braid will earn his first Chiefs cap, while halfback Junior Poluleuligaga and lock Culum Retallick are set to enjoy their first Chiefs starts after debuting for the Chiefs off the bench last weekend.

Chiefs coach Ian Foster had a fully fit squad to select from this week.

Returning into the frame is second five-eighth Callum Bruce who slots into the midfield to combine with Richard Kahui (centre) and Stephen Donald (first five-eighth). Bruce had injured his knee in the last pre-season match in early February. Meanwhile, Dwayne Sweeney is set to start on the right wing after recovering from a fever which saw him pulled from the Chiefs starting line-up the day of the Sharks game.

Chiefs coach Ian Foster said: “we’ve all enjoyed our second week in Durban and are now excited to fly up to Johannesburg on Thursday afternoon for our next match.”

“It is good to have Sione, Callum and Dwayne back from injury and illness respectively. Their return is an opportunity to make some changes, as well as to freshen the squad up.”

“Playing the Lions at Ellis Park has not been a happy hunting ground for the Chiefs in the past. We know it will be a tough game but we go into this with a lot of confidence from the Sharks win.”