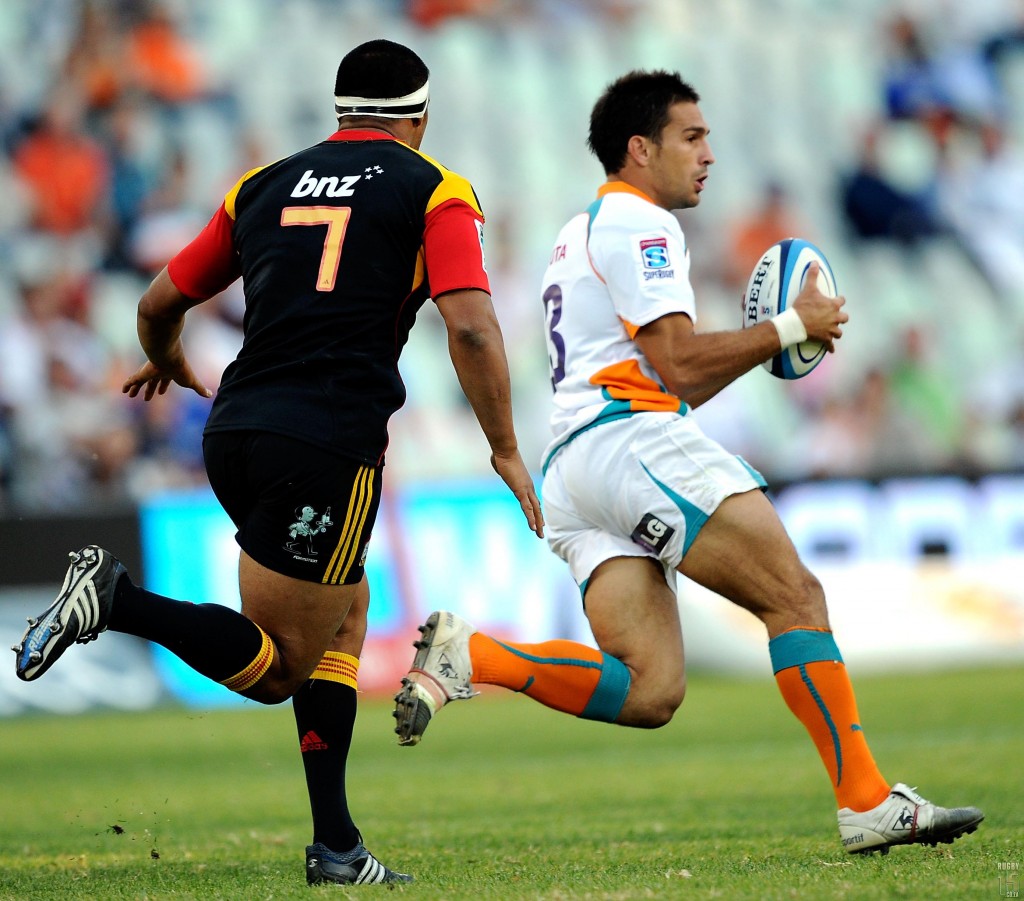 Robert Ebersohn being chased down by a Chiefs defender in Bloemfontein 2012. Photo by Denese Lups.

The Chiefs have announced their team to play the Cheetahs in their first Investec Super Rugby home game at Waikato Stadium on Saturday night at 7.35pm.

Chiefs coach Dave Rennie has made four changes to his starting line up.  Hooker Hika Elliot’s calf injury has recovered to see him take the reins off young hooker Rhys Marshall who moves to the bench.   Lock Michael Fitzgerald, halfback Augustine Pulu and winger Lelia Masaga all start with Craig Clarke, Tawera Kerr-Barlow and Patrick Osborne moving into the reserves.

“We had a really free flowing match against them in Bloemfontein last year, and we are expecting them to play a style of game similar to us, which is a free flowing, high paced, ruck and run game.”

This weekend’s match against the Cheetahs will have plenty of excitement for the fans.  There will be Chiefs flag giveaways and Waikato Draught will introduce ‘Catch for Cash’.  The new Chiefs song will be launched and there will be performances from 60 dancers from Drury Lane Dance Studio, the new Chiefs Cheerleaders and the infamous Maori Toa group.

In the Waikato Times Kid Zone alcohol free area there will be a special face painter with unique Chiefs designs, a bouncy castle and free goodie packs for the kids.  One lucky Chiefs season member will also win a trip to Melbourne to watch the Chiefs play the Rebels.

The Chiefs and the Hamilton City Council will run a free bus on game night. Buses start from 6pm from Hood St to the Stadium and back to Hood St after the match and leave approximately every 15minutes.

Tickets for the Chiefs first home game against the Cheetahs on Saturday 2 March at Waikato Stadium start from as little as $14 for Adults and $5 for kids 14 years and under $5 (plus service fees).  Kids 4 years and under are free on the knee are.  Kick off is at 7.35pm and gates open at 5.45pm.