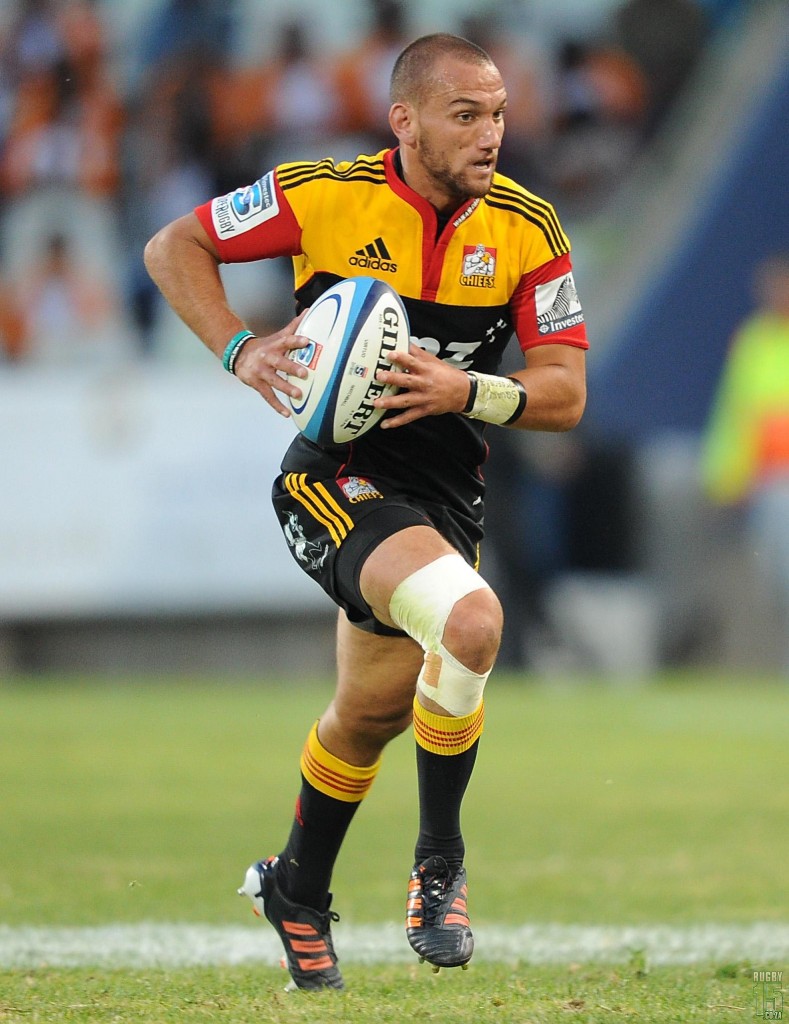 Aaron Crude in action during the 2012 Super Rugby campaign. Photo by Denese Lups.

The Chiefs have announced their team to play the Highlanders in their first game of the Investec Super Rugby competition in Dunedin on Friday at 7.35pm.

Tim Nanai-Williams will take the field at centre, after a solid performance in last week’s trial against the Hurricanes.  Chiefs’ midfielders, Bundee Aki and Charlie Ngatai have both been cleared to play while Andrew Horrell, Robbie Robinson, Brendon Leonard, and Richard Kahui all remain out injured.

Chiefs’ coach Dave Rennie said “It‘s good to finally start the competition.  I know the boys have been training hard and are looking forward to getting stuck into it, especially our new caps.”