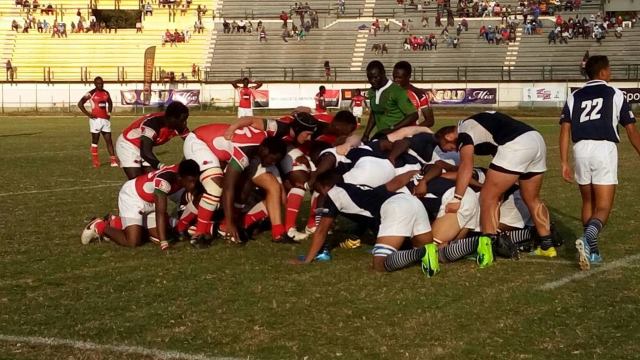 Chipu returned to the country on Monday evening from the Africa U20 championships where they finished as the second best side at the tournament following a 24-66 final loss to Namibia in the final on Sunday.

The side had earlier beaten Zimbabwe 34-24 in the semifinal to reach the final. Despite the loss, and missing out on Africa’s sole ticket to the 2018 Junior World Rugby Trophy, the team’s management drew positives from the outing. Team Manager Jimmy Mnene said, “The final was tough, but there were great lessons picked up. This was good exposure for the lads.”

The team was later hosted to dinner at the Eka Hotel by KRU Headline Partners SportPesa.

The draws for the Enterprise and Mwamba Cups were conducted along the sidelines of the Kenya Cup final on Saturday 22 April 2017.Champions KCB, Kabras Sugar, Strathmore Leos and Resolution Impala Saracens all have byes to the quarterfinals. Blak Blad will play at home to Mwamba in their pre-quarterfinal fixture on Saturday 6 May 2017. The winner of this clash plays away to KCB on Saturday 13 May. 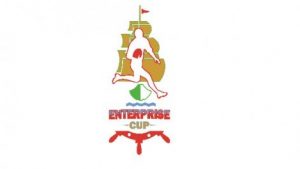 Western Bulls and Menengai Cream Homeboyz face off in the last pre-quarterfinal for an opportunity to play against Strathmore Leos in the quarters.

The fourth round of the National Sevens Series will be hosted at the Ngong Hills Sports Resort for a period of two years starting with the 2017 edition which takes place on 9/10 September.This decision was arrived at by the Kenya Rugby Union following the submission of hosting bids by interested clubs and entities.

Menengai Cream Homeboyz topped the bidding, right toearright to host the event at their proposed venue in 2017 and 2018.

A joint bid by Western Bulls and Kabras Sugar RFC was second overall in the bidding process, granting them the rights to host this round of the NSS in 2019 and 2020.The National Sevens Series is Kenya Rugby’s premier club sevens competition and is played over six rounds, the team accumulating the most points at the close of  the series crowned club sevens champions of Kenya