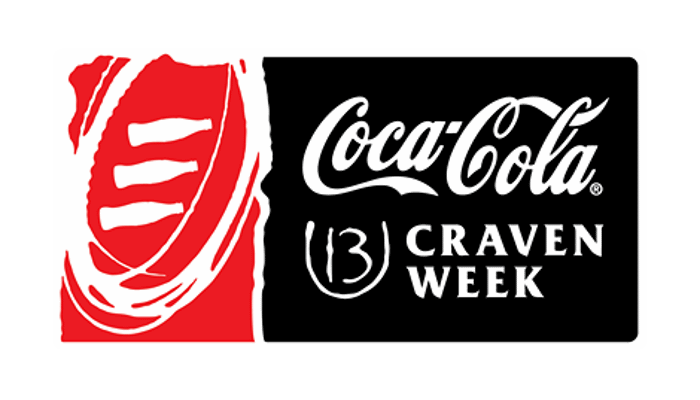 Close encounters dominated an exciting second day’s play at the Under-13 Coca-Cola Craven Week at Paarl Gymnasium on Tuesday, as the teams threw everything at one another after finding their feet on the opening day on Monday.

By the end of the day’s play hosts DHL Western Province, the TW Profile Services Valke, Sharks and Itec Blue Bulls remained the only unbeaten teams in the competition.

In the main matches of the day, hosts, Western Province ground out a narrow 5-3 victory against the Golden Lions, the Valke defeated the Konica Minolta Free State 16-12, and the Blue Bulls held their nerve for a 5-0 victory against their sister union, the Limpopo Blue Bulls.

The first half between the Bidvest Golden Lions and DHL Western Province was hard fought as both teams’ forwards and backs combined well to deliver solid displays. Such was the close nature of the half, a penalty by the Johannesburg side was the only points scored.

Western Province, however, dominated the first stanza of the second half as they applied pressure on attack and worked their way close to the Lions tryline on a few occasions. These efforts were rewarded with a try in the 29th minute. The Cape side led 5-3 with minutes to go, which sparked a spirited fightback by the Lions, but a missed penalty goal on the stroke of fulltime and a determined defensive effort by the hosts earned Western Province the victory.

The TW Profile Services Valke, meanwhile, did well to capitalise on their point-scoring chances in a tight first half against the Konica Minolta Free State as they scored two tries and slotted over a penalty goal for a handy 13-0 halftime lead.

The opening minutes of the second half were competitive, with both teams attempting to sneak through the defence without success, which prompted the Valke to opt for a drop goal to increase their score to 16-0. Free State, however, refused to give up and scored two tries before the final whistle to reduce the deficit to 16-12.

The clash between the Itec Blue Bulls and Limpopo Blue Bulls was epic as both teams put their bodies on the line in an attempt to gain an edge. The Blue Bulls scored the first try of the match in a tightly-contested first half, in which both teams tried hard to force their way over the tryline and made brave tackles.

The Limpopo side, however, gave everything to force their way into the lead after the break as they dominated possession and camped in the Blue Bulls half. But despite several efforts to crash over the chalk, they were shut out by a tenacious Blue Bulls defensive effort, which sealed the 5-0 victory for the Pretoria side.

In the other matches the Sharks, Border, Zimbabwe, Boland, Eastern Province and SWD registered their first victories of the tournament.

The Sharks were involved in a tight tussle with Griquas, which saw the Durban side score the only points of the first half compliments of an uncoverted try.

With the sides closely matched on attack and defence, the second half proved equally hard-fought. The Sharks added their second try early on, but Griquas scored their first and only try minutes later, and with both sides unable to add to their score, the Sharks won 10-5.

Border got off to a strong start against Namibia and built up a 12-5 lead at the break, and despite a strong fightback by Namibia in the second half, they were able to hold on for a 12-10 victory.

The clash between Zimbabwe and Border CD was also tight, but Zimbabwe made the most of their scoring opportunities to secure their 12-6 victory.

Boland, meanwhile, worked their way to an encouraging 22-8 lead against the Griffons as they scored four tries to only one by the Welkom side in the first half. They added another after the break to extend their lead to 29-8, but the Griffons hit back to score two late tries, which allowed them to increase their score to 22 points.

Eastern Province were dominant from the outset against the Pumas as they delivered an impressive performance all around to out-score the opposition five tries to two for their 27-12 victory, while SWD built on their strong start against the Leopards to secure a 21-7 victory.

The U16 Coca-Cola Craven Week will continue on Wednesday after the teams had Tuesday off to rest, with Eastern Province meeting the Griffons and Konica Minolta Free State taking on the DHL Western Province XV in the opening matches at 09h30.

Hosts, DHL Western Province, will meet Griquas at 12h00 in a match they will be determined to win after going down to Western Cape neighbours, Boland, in their opening match on Monday, while the other key match-ups will see the Bidvest Golden Lions take on Gauteng neighbours the Blue Bulls, and Boland going up against the Sharks.

Meanwhile, the National Girls Under-18 Week will continue at the Northern Cape High School in Kimberley on Wednesday, with the second round of matches being contested after Tuesday’s rest day.