Clyde “Rattlebones” returns against the Reds 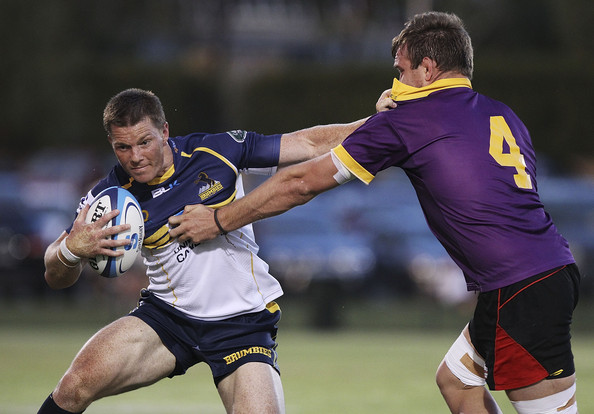 Clyde Rathbone during the Brumbies vs ACT XV warm-up game. Rathbone scored a try in the game last week. Photo by Getty Images.

Morgan Piek – Former Springbok coach Jake White and his former disciple Clyde Rathbone have finally buried the hatchet once and for all after a number of years of differences. Jake White proved it today by including the former South African age group captain, Rathbone in his starting line-up for the Brumbies 2013 Super Rugby opener against the Queensland Reds.

No secret was made of Rathbones’ disdain for Jake White when he once said he would never want to play in any team coached by White. This was said when Rathbone was a strong Springbok contender back in 2003 at the beginning of Whites’ tenure as national coach.

Rathbone suffered from depression after marital problems as well as his forced retirement from the game in 2009. He has since work very hard to overcome the odds and get back into shape to make his return to the game.

To many peoples’ surprise, Joe Tomane has been bumped to the bench in order to make space for the once destructive winger.

The Brumbies team to face the Reds in Canberra is as follows: