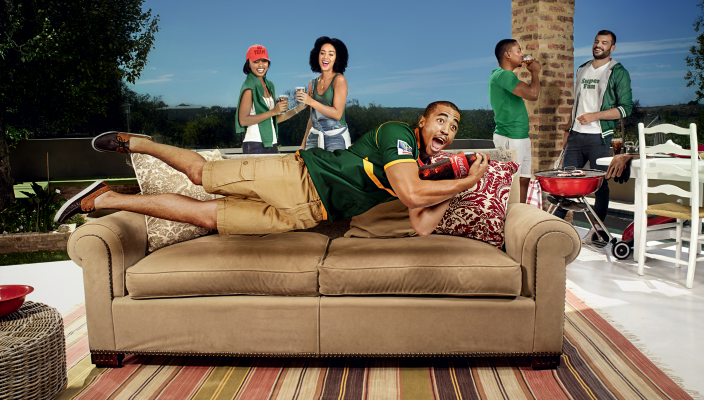 To celebrate its sponsorship of the 2015 Rugby World Cup, Coca-Cola is giving away some essential Rugby World Cup survival kits to fans who will be watching from the couch this year.

In true #makeitahomegame style, each kit holds a limited edition Coca-Cola rugby jersey, two Coca-Cola contour glasses, biltong, crisps and of course – a six pack of Coca-Cola. All of which is housed in a spacious, Rugby World Cup branded cooler bag.

To stand a chance of winning one of these kits, read the paragraph below and answer the following two questions:

Email your answers, contact details and daytime address to: rugbyviews@gmail.com

The Coca-Cola Company is the official soft drink sponsor of Rugby World Cup 2015 and has been an ever-present at Rugby World Cups since South Africa’s historic victory on home soil in front of Nelson Mandela in 1995.

With exclusive soft drink pouring rights at all Rugby World Cup 2015 venues and fanzones, the world-renowned brand will also be keeping fans hydrated as they cheer on their favourite teams.

You must be a follower of @RugbyFifteen on Twitter

All the entrants with the correct answers will go into a lucky draw and 9 winners will be picked, each winning one of the Coca-Cola hampers.

The prize is not transferable.

Rugby 15′s decision is final and no correspondence will be entered into.

Photos of the winners may be posted by Rugby 15 and the sponsors.

Winners will be contacted by the organisers.