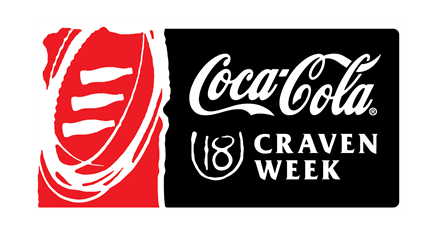 Premier youth rugby tournament, Coca-Cola Craven Week, has seen over 280 national team players come through its ranks. The tournament provides South Africa’s top U18 provincial rugby players a platform to battle it out in an action-packed rugby week. This year, the tournament will be played at Paarl Boys High from the 9th – 14th July as part of their 150-year school celebrations.

Coca-Cola Craven week is synonymous with showcasing the best of South African up-and-coming youth rugby talent and continues to be a platform for both national and provincial scouts to identify South Africa’s future rugby heroes. In 2014, Coca-Cola took it one step further by introducing the Coca-Cola Hero of the Day initiative, a daily award that recognises and rewards standout players who embody the qualities of a hero. To date, 20 players, including Springboks Curwin Bosch, Embrose Papier and Springbok Sevens player Mfundo Ndhlovu, have all been part of the daily heroes list.

“Puso Makume, Sponsorship Manager: Coca-Cola Africa shared, “The Coca-Cola Craven Week continues to be a great platform for identifying true youth talent. Since inception, the Coca-Cola Hero of the Day initiative has seen three national players from the tournament ranks. We are proud that our sponsorship has enabled SA Rugby in identifying rugby talent in the country. We have no doubt that this year’s tournament will be no different in unearthing even more future heroes.”

The Sharks flyhalf, Curwin Bosch, was discovered by a Coca-Cola appointed panel of experts and named the 2014 Coca-Cola Hero of the Day on Day 3. After a brilliant heroic display at the tournament. Curwin has since then gone on the represent the SA Schools team, the SA U20 team, the Sharks domestic side and the ultimate achievement of being called up to be part of the national team.

Blue Bulls scrumhalf, Embrose Papier, was discovered by a Coca-Cola appointed panel and named the 2015 Coca-Cola Hero of the Day on day 5 after a heroic display against Boland. Since then Embrose has played for the SA Schools team, the Coca-Cola SA U20 team, the Bulls domestic team and recently had a debut for the Springboks in a match against Wales.

‘Speedster’, Mfundo Ndlovu, was discovered by a Coca-Cola appointed panel of experts and named the 2014 Coca-Cola Hero of the Day on day 1 after a heroic display against a strong Western Province team. In 2015, Mfundo won gold in the Youth Commonwealth Games and now has progressed to debut for the Springboks Sevens team in the prestigious Hong Kong Sevens.

In addition to the remarkable talent that has been identified at the Coca-Cola Craven Week tournament, another player to look out for is the talented Wandisile Simelane, the 2016 Coca-Cola Hero of the Day for Day 2. Wandisile recently represented the Coca-Cola U20 side with distinction at the recent IRB U20 Championship finishing the tournament as the top try scorer.

Look out for the future heroes of South African rugby taking part at this year’s Coca-Cola Craven Week from 9 – 14 July 2018.

About the Coca-Cola® Craven Week

About The Coca-Cola Company
The Coca-Cola Company (NYSE: KO) is the world’s largest beverage company, refreshing consumers with more than 500 sparkling and still brands and more than 3,800 beverage choices. Led by Coca-Cola, one of the world’s most valuable and recognizable brands, our company’s portfolio features 20 billion-dollar brands, 18 of which are available in reduced-, low- or no-calorie options. Our billion-dollar brands include Diet Coke, Coca-Cola Zero, Fanta, Sprite, Dasani, vitaminwater, Powerade, Minute Maid, Simply, Del Valle, Georgia and Gold Peak. Through the world’s largest beverage distribution system, we are the No. 1 provider of both sparkling and still beverages.  More than 1.9 billion servings of our beverages are enjoyed by consumers in more than 200 countries each day. With an enduring commitment to building sustainable communities, our company is focused on initiatives that reduce our environmental footprint, create a safe, inclusive work