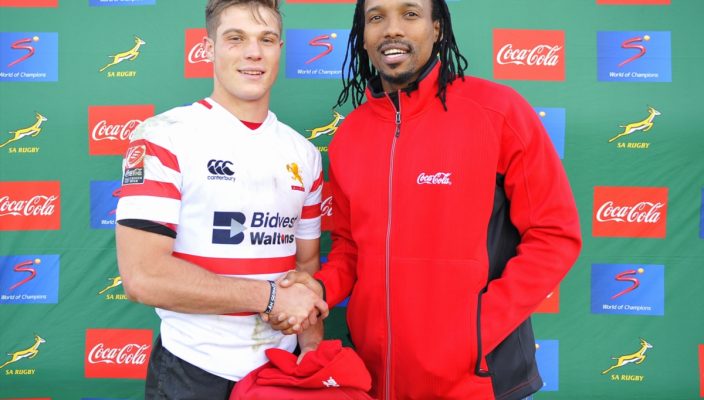 Lions player, Henco van Wyk was recognised as the third Coca-Cola Hero of the Day for the 2018 U18 Coca-Cola® Craven Week taking place at Paarl Boys High.

The prestigious Coca-Cola Hero of the Day award is presented on each day of the tournament in recognition of a game changing ‘hero’ moment.  Henco was selected for the award by a Coca-Cola appointed Hero of the Day Panel, led by Springbok legend Akona Ndungane.

In an epic match between two of the strongest teams, Henco timed his run perfectly for him to receive a pass from his flyhalf that assisted him in hitting the Western Province backline at full pace. At this critical moment, the opponents could not stop him from bursting through and scoring a try.

“It is a privilege for me to win the Coca-Cola Hero of the Day award in such a challenging match, we really worked well as a team today and their assistance gave me a chance to score the try,” said Henco.

“Today’s Coca-Cola Hero of the Day was given to Henco due to the timing and the type of try that he scored for his team. Western Province were the favourites to win today and since he scored the first try of the match, the opposing team had to work extra hard to win the match!’ shared Akona.