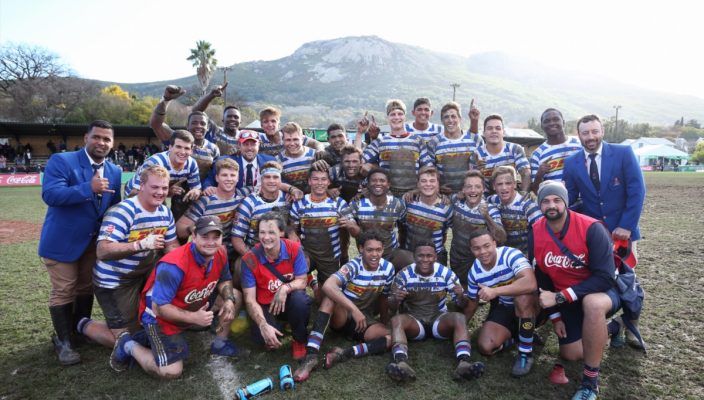 Western Province player, Evan Roos earned himself the fifth Coca-Cola Hero of the Day for the 2018 U18 Coca-Cola® Craven Week taking place at Paarl Boys High.

The admired Coca-Cola Hero of the Day award was presented on each day of the tournament in recognition of a game changing ‘hero’ moment.  Evan was selected for the award by a Coca-Cola appointed Hero of the Day Panel, led by Springbok legend Akona Ndungane.

Western Province had their work cut out against a very good Sharks team on the last day of the 2018 Coca-Cola U18 Craven Week. The match was evenly poised when Evan received a ball in a set move just inside the Sharks 22. He beat the first defender and took on the opposition backline in what ended up being a try scoring opportunity. The try took the score from 15-8 to 22-8 and broke the last resistance of the Sharks. From that point onwards, the match was dominated one sided.

“It was a set move that we have tried out only once before in a match. I got the ball, saw the line and backed myself. Today’s game was tough, and I am proud that the boys kept their composure to win today and leave Coca-Cola Craven Week as an unbeaten team,” said Evan.

“The game was tight at the start and the try that Evan scored was what finally gave Western Province the upper hand in the match and in the end, they beat the Sharks comfortably. The run made by Evan was impressive as he managed to impressively  run passed most of the Sharks team to score his try” reflected Akona.