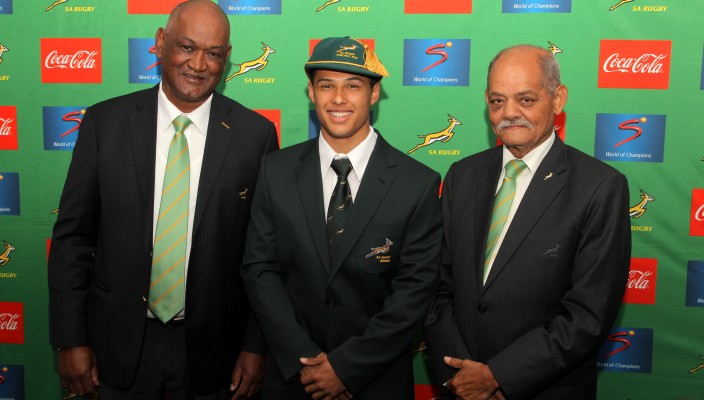 COCA-COLA® U18 CRAVEN WEEK HERO TO DON GREEN AND GOLD

Blue Bulls scrumhalf, Embrose Papier, who was named the Coca-Cola® Hero of the Day for day 5 of the U18 Coca-Cola® Craven Week has been selected for the Coca-Cola® SA Schools team which will be taking on England, France, Wales and Italy later this month.
The team, which is made up of twenty six players, was selected by a panel of national and SA Schools selectors following the conclusion of the Under-18 Coca-Cola Craven® Week in Stellenbosch.
Embrose, who hails from Hoerskool Garsfontein, is one of four players to retain his place in the squad and was one of five prestigious daily Coca-Cola® Hero of the Day winners at the U18 Coca-Cola® Craven Week.

The Coca-Cola® Hero of the Day was awarded to a player who inspired or changed his team’s fortunes with a hero moment. Embrose was selected for a standout run in the Blue Bull’s match against Boland, which lead to a try and inspired his team to a dominant win on the final day of the tournament.

As a result of his heroic play at the U18 Coca-Cola® Craven Week, Embrose will now don the green and gold of the Coca-Cola® SA Schools team in their upcoming international series.