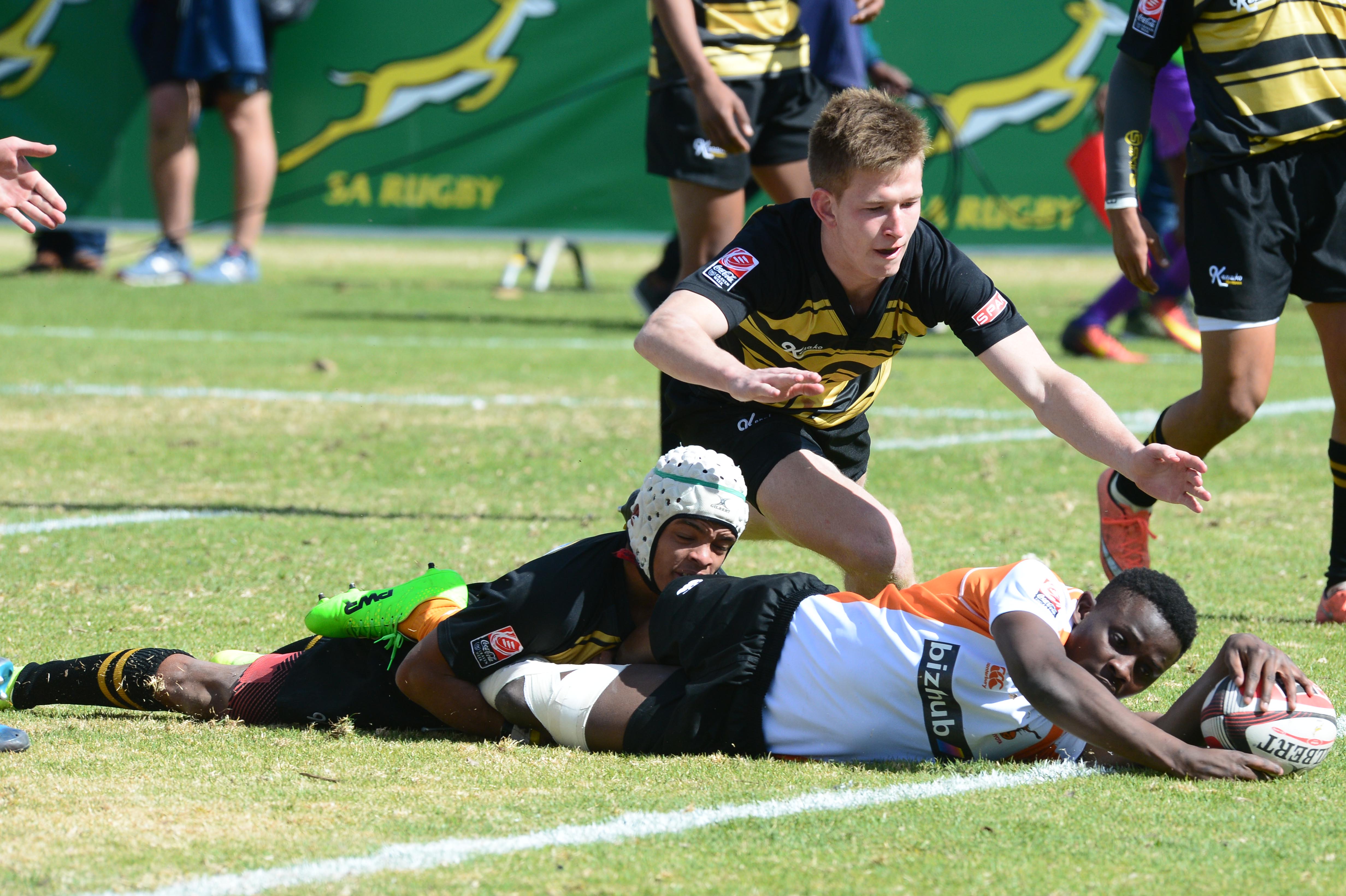 Coca-Cola U18 Weeks start with a bang

The U18 Coca-Cola Craven Week and Coca-Cola Academy Week tournaments started with a bang at St Stithians College in Johannesburg on Monday with a mixture of big scores and tight encounters ensuring a gripping day’s action.

The Free State romped to a 12-try victory against Boland to register an emphatic 81-26 victory in the U18 Coca-Cola Craven Week, which was the biggest score of the day across both tournaments, while the Bidvest Waltons Golden Lions defeated Border 44-8, the Limpopo Blue Bulls defeated Border CD 41-3 and DHL Western Province, who took top honours last year, beat the Pumas 36-10.

Four tries by Free State centre Henk Cilliers and a solid showing by flyhalf Christopher Schreuder, whose try, nine conversions and penalty goal earned him 26 points, steered the Bloemfontein team to the biggest victory of the day in the U18 Coca-Cola Craven Week as they cruised to a 81-26 victory against Boland. The Free State outfit produced a solid performance all around and the rewards followed, as they scored 12 tries and limited the Western Cape side to two.

DHL Western Province also made a strong statement with a 36-10 victory against the Pumas thanks to their ability to convert their chances into points. In turn the Pumas struggled to capitalise on their opportunities, which cost them dearly, although they deserve credit for fighting until the end. Such was the Cape side’s dominance, they scored six tries to one by the Pumas, after taking a 19-3 lead at the break.

The first half between hosts, the Bidvest Waltons Golden Lions and Border, meanwhile, was tight as both the teams threw everything at one another, resulting in the sides being level at 8-8. A try by the home team on the stroke of halftime after finding space in the midfield, however, earned them a narrow 13-8 lead. The Johannesburg side, however, found their rhythm in the second half and did well to make their way through the gaps in the defence, which earned centre Yanga Hlalu a hat-trick and the team seven tries in total for a convincing 44-8 victory.

GWK Griquas CD built up a 16-10 lead against the Tshepa Trading Griffons as they scored three penalty goals and a converted try in the first half, while the opposition scored two unconverted tries. They added two more tries after the break, while the Tshepa Trading Griffons added three, but their superior goal kicking by GWK Griquas CD flyhalf Iwan Lombard earned them the narrow 28-27 win.

The Limpopo Blue Bulls used their powerful forwards to lay a solid foundation for the backs to attack and they ran hard at Border CD throughout the clash, which allowed them to secure a 41-3 victory. The first half was close with Limpopo taking a 12-3 lead as Border CD retained possession and managed to work their way into the Limpopo Blue Bulls’ half, but the solid defence shut them out. The Limpopo side, however, broke away in the second half and scored seven tries in the match for the convincing victory.

Eastern Province CD completely overpowered GWK Griquas CD to score an impressive 10 tries for a comprehensive 62-3 victory in what marked the biggest score of the day in the Coca-Cola Academy Week. Such was the Eastern Cape side’s dominance they led 31-3 at the break and added another 31 points in the second half, with flyhalf Anele Makhongolo kicking six conversions and scoring a try for a personal total of 17 points.

The Thepa Trading Griquas delivered a solid attacking display for their 48-31 victory against Sharks CD as they touched down seven times, while flyhalf Heinrich Boshoff had a good day with the boot to kick five conversions and a penalty goal. Sharks CD winger Jacques Lindeque tried hard to give his team a boost as he scored a hat-trick, but these efforts were not enough as the team was outscored seven tries to five.

A hat-trick by Sharks winger Luthando Buthelezi, meanwhile, guided the Durban side to a 46-7 victory against SWD as they outscored the opposition seven tries to one. The Sharks were in control of the first half and led 24-7 at the break, and they build on this as the match progressed, while maintaining their water-tight defensive system to prevent the George side from adding to their score.

The Valke dominated their clash against the Limpopo Blue Bulls from the outset and they earned the rewards as they took an encouraging 17-0 lead at the break. They built on this in the second half thanks to their ability to capitalise on their point-scoring chances which saw them increase their tally to six, while they limited the Limpopo side to two tries for a 41-12 victory. Valke flyhalf Edrich Aucamp was instrumental in his team’s solid start to the tournament as he scored a try, slotted over four conversions and a penalty goal for 16 points.

DHL Western Province, meanwhile, overcame a tough challenge from Boland in the Western Cape derby to register a narrow 38-31 victory late in the match. It was a tight tussle from the outset as the Cape side took a narrow 14-10 lead at the break, but their five tries to four by Boland handed them the victory.

In the only draw of the day Griquas staged a strong second-half comeback against Eastern Province to fight their way to a 22-22 draw after trailing 19-8 at halftime, with both sides scoring three tries, converting one and slotting over a penalty goal.

U18 Coca-Cola Craven Week day one results (Monday, 16 July) – Click on the links below for the scorers and match summary:

Coca-Cola Academy Week day one results (Monday, 16 July) – Click on the links below for the scorers and match summary: