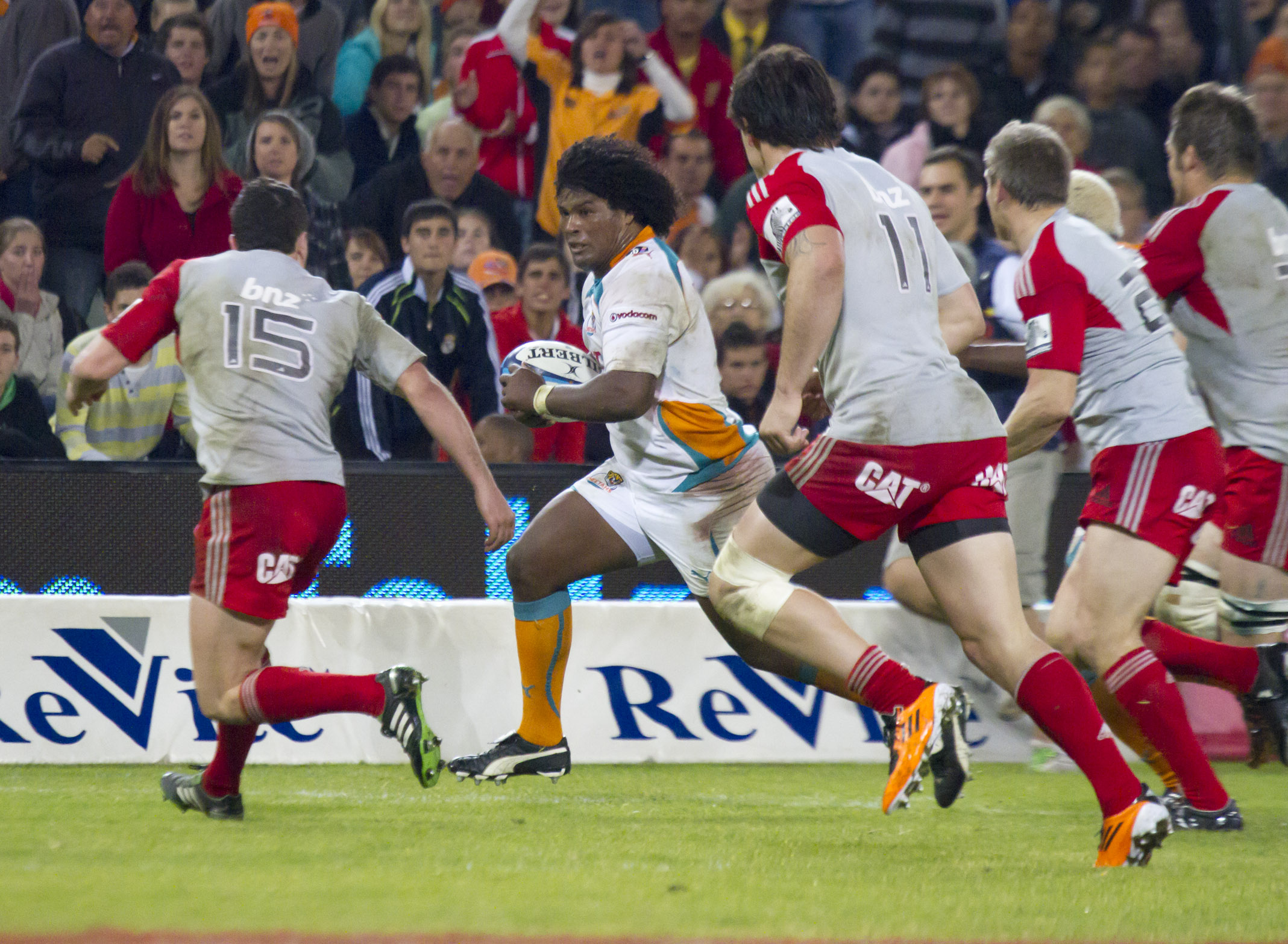 Ashley Johnson in action against the Crusaders in Bloemfontein 2011.

Morgan Piek – Still smiling after the Toyota Cheetahs dramatic last minute win against the Rebels in Melbourne early Sunday morning (SA time), many Cheetahs supporters have dropped their “doom-and- gloom-outlook” and replaced it with a more “upbeat” one.

Getting their first win on the board was something that was haunting their coach Naka Drotske. But, that is one less headache for the Drotske, time to move on and focus on the next game.

The Crusaders have narrowly lost two of their previous three games and will definitely be looking to make amends for their shock losses to both the Highlanders and the Chiefs. The Crusaders vs. Cheetahs game will be an historic occasion as this will be the home team’s first ever game in their new, refurbished home stadium. Their previous home ground, the AMI Stadium got destroyed in last year’s devastating Christchurch earthquakes.

Having a quick look at the Cheetahs team, I was stunned to see that both Coenie Oosthuizen and Ashley Johnson had both been benched for the game. Coenie had two blinders since his return to rugby and Ashley Johnson was very instrumental in the Cheetahs match winning try on Sunday. It’s a move which many Cheetahs supporters and I don’t agree with.

I’m very happy and impressed with the backline, especially since Willie le Roux made the side and has been shinning at wing. Willie le Roux has got the X-Factor and I would love to see another Cheetahs wing with Le Roux’s ability. Cameron Jacobs is a much underrated player; however, I believe the step up to Super Rugby may one bridge too far for the Shimlas speedster.

I cannot help but feel that the Cheetahs are “conceding” this game in order to be better prepared for the Hurricanes in Wellington the following week.

This is a crunch match for the boys from Bloem and they really have to play out of their skins to win this one. It is imperative they walk onto the park Saturday with the same self-belief and spirit as they did on Sunday. The Cheetahs have to remember that they convincingly thumped the Crusaders in Bloemfontein last year.

They’ve done it before and they can do it again.

Kick-off will be at 8:35am Saturday morning (SA Time)

The Toyota Cheetahs team to play the Crusaders is as follows: