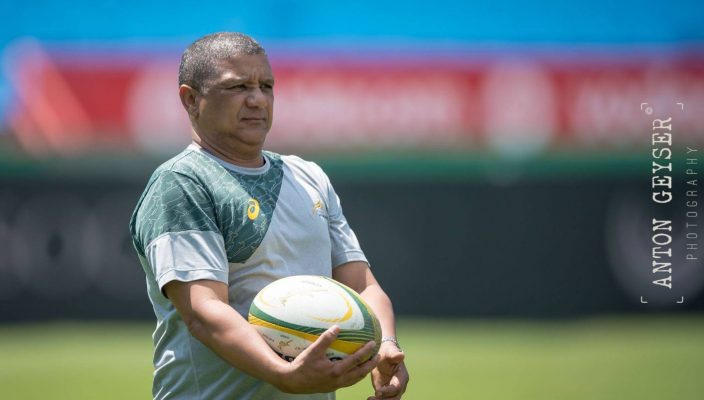 Springbok coach Allister Coetzee is looking forward to start in earnest with the preparation plans of the forthcoming international season after the Executive Council of SA Rugby reaffirmed its support for the Bok coach and approved the appointment of Franco Smith as new assistant coach.

The former Springbok back was confirmed as new member of the national coaching team following the thorough review that SA Rugby undertook after the Springboks had a very disappointing season in 2016. Smith, who is also the Toyota Cheetahs head coach, will look after the Boks’ backline and attacking play, while the new defence coach will be announced once contractual details are finalised.

Coetzee said: “I am glad the review process is done and want to thank the Exco for reaffirming their support in me as Springbok coach.

“We have no excuses for our poor performances of 2016 even though last year was an extremely challenging season. Our below par performances will never be acceptable and we will have to turn it around.

“Since the team’s return from the Castle Lager Outgoing Tour at the end of last year, my entire focus has been on planning for the 2017 season and onwards, and ensuring we show a marked improvement.

“At this time last year I was still to be appointed, but this time I have had the already been planning, holding meetings, preparation camps and fine tuning logistics, to ensure optimal performance. These plans were shared with the local franchise coaches in December and again on Wednesday, 15 February.”

Coetzee and members of his coaching staff had a two-day planning meeting in Johannesburg earlier this month while the full Springbok management gathered in Cape Town two weeks ago, where the year’s planning was discussed in detail.

“Although the review process had to run its course, I have continued with background planning. Apart from the three indabas, a lot of work has already taken place behind the scenes to make sure we are much better prepared for 2017,” said the Springbok coach.

Coetzee mentioned that the positive effect of the indabas, where the Springbok coaches and conditioning staff met with their local franchise colleagues, is already evident in preparation of the local franchise teams.

“We also shared our continuity plan for the Springboks with them and I am happy with the progress we have made so far,” said Coetzee, who added that the indabas are set to continue.”