Confirmation of the announcement of the SA Schools team 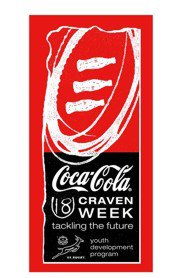 SARU and the SA Schools Rugby Association have confirmed that the SA Schools team will not be named after the conclusion of the annual Coca-Cola Under-18 Craven Week, which will be staged from 9 to 14 July in Port Elizabeth.

According to SARU’s Nico Serfontein, Senior Manager: Club, Schools and University Development, a joint decision by SARU and the South African Schools Rugby Association (SASRA) will see a change in the selection of the SA Schools team to play in Under-18  internationals against Wales, France and England in August.

“We have opted for a change in selection strategy, where we have exposed our selectors to a broader base of players at the various Coca-Cola Youth Weeks, as well as a change in our preparation for incoming tests,” Serfontein said.

The national selectors, headed by convenor Peter Jooste and including SA Under-20 coach, Dawie Theron, will also provide input in addition to the alignment with SARU’s High Performance program.

A group of 44 players will be announced as the SA Schools High Performance Group at the completion of the Coca-Cola Under-18 Craven Week in Port Elizabeth, on July 14.

This extended group of players will play a set of trials on 28 July and the squad will then be trimmed to 28 players. The SA Schools team to play in the three Under-18 internationals will then be selected from this final group of 28.

Furthermore, the SA Schools Coach and SA Schools Manager will be named on 14 July. Candidates had to apply for these positions and they will be shortlisted according to specific criteria such as being a teacher and an accredited coach, according to Serfontein.

Candidates will undergo an interview process involving a panel made up by SASRA and SARU representatives . These interviews will take place during the Coca-Cola Under-18 Craven Week in PE and candidates will have to present an operational plan for the six week run-up to the series.

In his reaction to the adjustment of the selection process, Craig van Niekerk, Coca-Cola SA Marketing Asset Manager, said: “Apart from encouraging the young rugby players to live active and healthy lifestyles, the Coca-Cola Youth Weeks give talented players the opportunity to be selected for the SA Schools team.  To ensure our rugby remains at the current high competitive level, the best players must be found and Coca-Cola, sponsors of the SA Schools team, will work with the organisers to ensure the best team is selected.”