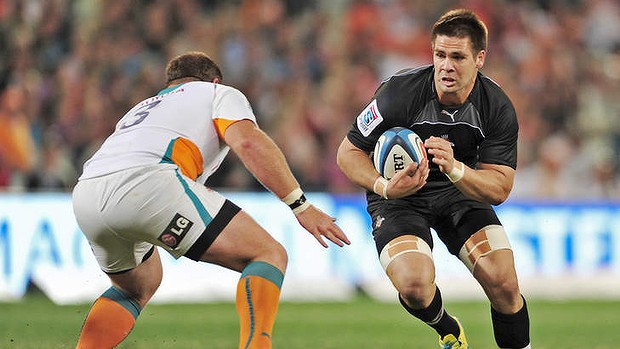 EPRU President, Cheeky Watson this afternoon confirmed that EP Rugby player, Cornell du Preez has been released from his contract with immediate effect, to sign with Edinburgh Rugby in Scotland.

“Du Preez had already committed to play for Edinburgh Rugby from the 1st of November, when his contract with EP Kings expired, but an agreement has been reached between ourselves and their club management for his early release,” he said.

Watson said he was excited that Du Preez had been given this opportunity, and wished him everything of the best as he furthered his rugby career.

“There is no doubt that Cornell was one of the rugby stalwarts during the Southern Kings campaign and has continued to play superb rugby for us during the Currie Cup First Division. We wish him everything of the best,” he said.

Watson said he knew that Du Preez aspired to build towards playing for Scotland, and did not feel that he would be given the opportunity to play for the Springboks, because of the current depth of loose forwards, if he remained in South Africa.

“This is a great opportunity for him and it would not be right for us to stand in his way,” he said.

Watson also wished Nicolas Vergallo well with his new contract with Lyons in France, which was announced yesterday.

“I know that Vergallo has strong aspirations to play international rugby for the Pumas. Many of his former team mates from Argentina play in the French and European competitions, and the move to Lyon was therefore a sensible option in lieu of him wanting to again represent his country,” he said.

With Du Preez early release, he will no longer be representing the EP Kings against the Valke, Devin Oosthuizen comes up from the bench to 7, Tim Agaba moves to 8, and Kuselo Moyake comes up to the bench.