Craig Clarke off to Ireland 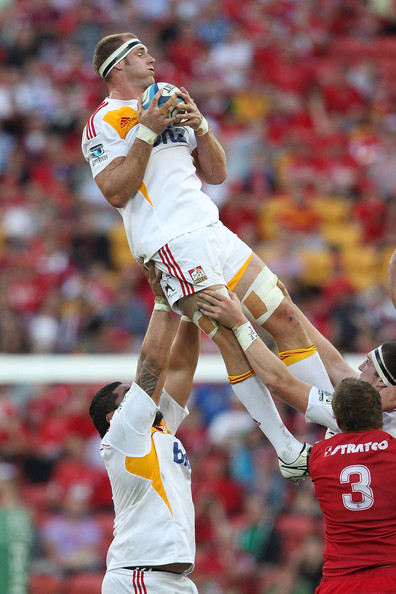 Craig Clarke in action against the Reds. Photo by Getty Images.

Chiefs co-captain Craig Clarke will head off shore at the conclusion of the 2013 Investec Super Rugby competition to continue his rugby career in Ireland.

The twenty-nine year old has signed with the Irish club Connacht for three seasons.  The lock that has played 57 games for the Chiefs side said: “I was planning on leaving a few years ago but under the new management I was really enjoying it so I decided to stay.

“Then we won the competition, so I wanted to stick around and have a crack at defending the title.

“I’ve had some great highlights in New Zealand rugby including winning the Investec Super Rugby title and the Ranfurly Shield with Taranaki, but now it’s time for my new wife and I to go on a bit of an adventure.”

Chiefs’ coach Dave Rennie said “Craig’s impeccable standards on and off the field have helped raise the bar in this environment.

“He is a passionate Chiefs man and was a massive part of the success we had last season.  His leadership, his work ethic and his attention to detail have continued to impress me.

“We’ll miss him, but it’s a great opportunity for Craig and Veree and we wish them all the best.”

Craig Clarke is in his fifth season with the Chiefs, is a former Junior All Black and a finalist in the Steinlager Rugby Awards Super Rugby Player of the Year category in 2012.   He will not be available for ITM Cup this year for his provincial side Taranaki.

The Chiefs kick off their Investec Super Rugby campaign this Friday against the Highlanders at Forsyth Barr Stadium in Dunedin.