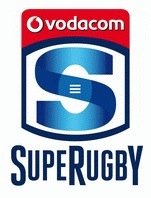 Crusaders team to play the Highlanders

May 22 • General News, Super Rugby • 1700 Views • No Comments on Crusaders team to play the Highlanders

The Crusaders meet their southern rivals, the Highlanders, in Dunedin this Saturday night and Head Coach Todd Blackadder has named a team with six changes from last week.

The entire front row has been replaced so that Tim Perry, Ben Funnell and Nepo Laulala take the starting spots and Wyatt Crockett, Corey Flynn and Owen Franks move to the bench.

In the backs, Andy Ellis will start at halfback this week and Israel Dagg returns to fullback, which sees Tom Taylor move to centre.  Adam Whitelock has returned from Glasgow where he made his NZ Sevens debut and will be ready to provide some impact off the bench for the Crusaders on Saturday.

Players from both teams will be wearing some unfamiliar names on their jerseys this weekend, as part of the BNZ Future Stars charity round.  BNZ has given up its space on the front of the New Zealand Super Rugby teams’ jerseys to children who won the chance to have their name appear on the jersey instead.  The initiative will raise money for Plunket.

Kick-off at Forsyth Barr Stadium is at 5:35pm.

Crusaders team to play the Highlanders: