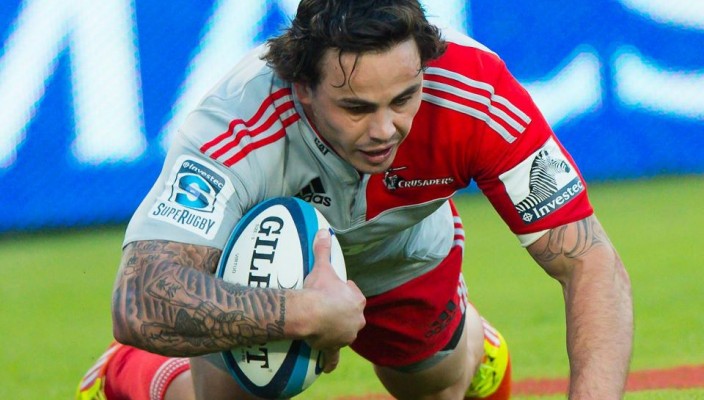 The Crusaders have passed on their best wishes to Zac Guildford following the announcement by French rugby club Clermont Auvergne that it has signed the winger for a two year contract with the option of a third year.

Crusaders coach Todd Blackadder said Guildford would play out the 2014 Crusaders season and leave for France following that.

“Zac has been a core member of the Crusaders since he came on board in 2010.  He is a gifted player and has a real passion for the game.  He will certainly be missed by his Crusaders teammates but we still have the upcoming season ahead of us and I am sure Zac will continue to be a valuable member of the squad until his departure,” Blackadder said.

Guildford said leaving New Zealand to play for Clermont Auvergne was not an easy decision but felt like the right move to make.

“I am hugely grateful for all of the opportunities I have been given here in New Zealand.  I have had the honour of playing at the highest level, and I have been fortunate enough to be given second chances.

“Playing for Clermont Auvergne presents new and exciting challenges and I believe that the time is right for me to take this opportunity.  Until then, I am going to make the most of the upcoming season with the Crusaders