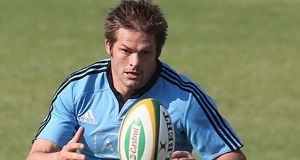 The Crusaders will be doing their bit to support fundraising efforts by the Child Cancer Foundation tomorrow by helping to shave the heads of some brave volunteers. Crusaders Ben Funnell, Jimmy Tupou, Tim Perry, Tyler Bleyendaal and Mitchell Drummond are helping out at the ‘Funrazor’ event in the Re:Start Mall.

The Child Cancer Foundation is one of the Crusaders’ Gold Charities, and this is just one way that the team helps to raise awareness and, if possible, raise funds for the foundation.

This year’s Funrazor event is particularly special because it is the tenth anniversary. Funrazor was started in 2003 by Deano Harrison. He was inspired by a young patient with cancer, Gareth Eastwick, who the son of his good friend Allan Eastwick. Sadly, in June 2006, after a long battle with cancer, Gareth passed away at the age of 16. Funrazor continued on in his memory. In 2009, Gareth’s younger sister Alice bravely had her head shaved at 16 years old, in honour of her brother. Sadly in April this year, 10 years after Gareth was diagnosed with cancer, Allan Eastwick also lost his battle with cancer.

The 2013 Funrazor will be dedicated to Gareth & Allan Eastwick, along with the rest of the Eastwick family – Lynette, Alice, Bryce and Kieran.